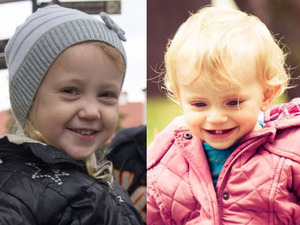 The ‘Phosphin’ pesticide used in the Givat Mordechai home of the Gross family generally comes in tablet form and it is dissolved in the air. It is an extremely toxic substance and if inhaled, there is currently no known antidote. The substance is legal in Israel, but it is not intended for use in one’s home or private garden, limited to farming.

Professor Yedidya Bentor, director of the Rambam Medical Center Poison Control Center explains that potency of this particular pesticide is greatly dependent on how it is diluted, and this will determine the impact on humans along with factors such as how long they inhale the poison.

This pesticide is used to eliminate rodents and when it comes into contact with water or moisture it begins to release its toxic gas into the ambient environment. When inhaled, it causes cell damage that is irreparable, primarily to one’s respiratory system. One of the early symptoms is an itching feeling in one’s throat and eyes, at times accompanied by a cough.

Continued exposure will lead to organ failure, leading to unconsciousness, pulmonary edema and arrhythmias (abnormal heart rhythm) will be detected along with kidney and hepatic failure.

This particular incident, the poisoning of the Gross family of Yerushalayim, is being probed by police along with experts in the Ministry of Environmental Affairs.