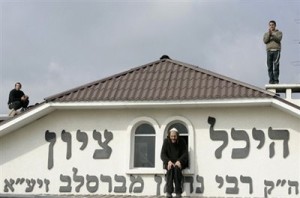 Good news to Breslov Chassidim and travelers to Uman for the Ukrainian parliament has scrapped a bill that would have compelled visitors to Rav Nachman’s tziyun to pay an entry fee. According to a report from Ladaat, the involvement of Breslov askanim led to the Ukrainian officials deciding to drop what they perceived would be a substantial money maker.

MK Eli Yishai and Deputy Minister Fania Kirshenbaum also sent letters to the Ukrainian minister of the interior, asking him to refrain from imposing an admission fee to the tziyun. In addition, the head of Breslov International, Shimon Buskila, met with MP Anton Yatzneki and this appears to have led to the decision to abandon the bill.