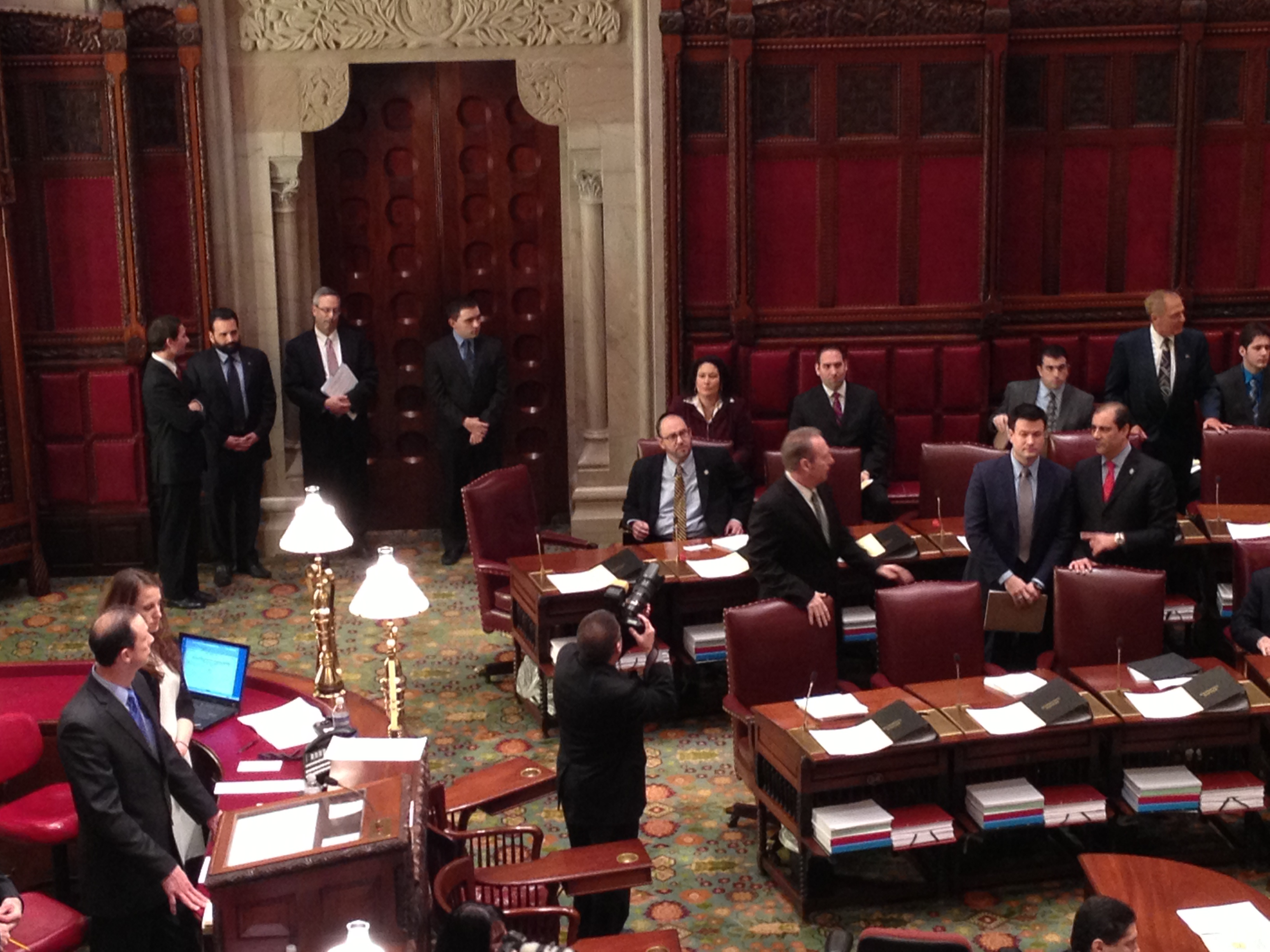 [VIDEO IN EXTENDED ARTICLE] Yes! it happened. State Senator Simcha Felder (D-Brooklyn) gave Monday his first ever speech on the NY Senate floor since elected in 2012.

Senator Felder spoke one word on the Senate floor in 2013. The first and last word of last year’s session was recorded when Felder uttered the word “Here” in the Senate’s opening-day roll call and was never heard from again, according to The Daily News.

In a two-minute speech on Monday, introducing a Senate Legislative Resolution honoring the memory of Rabbi Michoel Ber Weissmandl, Mr. Felder spoke of Rabbi Weissmandel doing everything possible in saving the lives of others “without making a splash.”

“I would assume many of you never heard of this man. And the reason you did not, is because that is how he did things and that’s how he lived his life: ‘Say little but do a lot’.”

The ceremony took place in the Senate Chamber in Albany and was attended by members of Rabbi Weissmandl’s family and the Jewish community in Williamsburg.