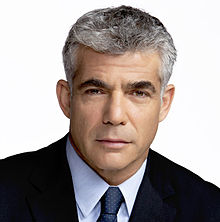 Some say that Housing Minister (Bayit Yehudi) Uri Ariel is referred to as the “responsible adult” by staffers in the Prime Minister’s Office after he was instrumental in extinguishing the flames of dispute between Prime Minister Binyamin Netanyahu and Minister of the Economy Naftali Bennett.

This refers to the recent ultimatum issued by the PMO’s to Bennett, that he apologize for his statements denouncing the prime minister’s policies or face expulsion from the cabinet. Ultimately the magic words were uttered, while Bennett prefers to view his statements as a clarification, but the PMO’s felt it was sufficient to qualify as an apology. Bottom line – a coalition crisis was averted.

In his remarks regarding Yesh Atid leader Finance Minister Yair Lapid, Ariel calls him “A difficult political adversary”, pointing out on the one hand his held if party’s founding event in Ariel in Shomron, and on the other hand he makes that community’s daily life increasingly difficult.”

He believes that ultimately, Yesh Atid will be out of the coalition and he will bring in the chareidim in its place. Ariel states he remains committed to work to achieve this.

“To my sorrow, things occurred in the beginning of our tenure with the chareidim and since then Lapid cut funding to yeshivos in a cruel way and has done 1001 things far worse than any statements made against us by the chareidim. He has harmed the yeshiva world and the yishuvim. All the harsh words uttered by the chareidim were in response to Lapid’s actions. He [Lapid] is proud of this now, and boasts his actions. We cannot have the chareidim alongside Lapid and therefore, Lapid has to go. How this will play out I cannot say at present but in politics, there are always surprises.”