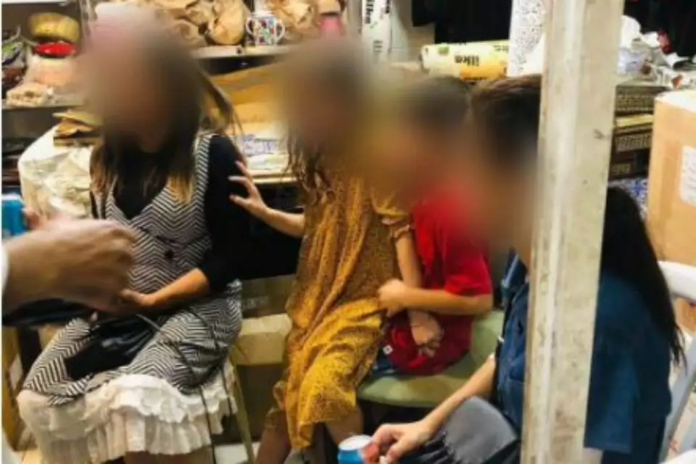 New details about the dramatic rescue of Jewish women and children from the Palestinian city of Shechem were revealed in a Yisrael Hayom report on Thursday.

On Monday, the day before Erev Yom Kippur, an ex-Chareidi woman, a resident of Elad, drove to the Palestinian city of Qalqilya to meet her fiancé, a Palestinian resident of the city, and shop for clothing for their wedding. They failed to find the clothing they wanted and the woman’s fiancé suggested they go to Shechem and buy clothes there.

Shechem, a hotbed of terrorists and currently one of the most dangerous cities for a Jew to visit, has been dominated in recent weeks by armed terrorists from the “Lion’s Den” terror cell, which has claimed responsibility for many shooting attacks in recent weeks.

The next day, on Erev Yom Kippur at noon, the woman drove to Shechem with her friend and two children. They began shopping in the old city of Shechem, where they were quickly recognized as Israelis. The local armed terrorists reacted with outrage and a mob of hundreds of Arabs gathered around the women, children, and the Palestinian fiancé. The fiancé was shot during the confrontation and is currently still hospitalized in Shechem.

“They forgot that the tension is sky-high and they’re looking for Jews,” a security official told Yisrael Hayom.

Palestinian security forces recognized the peril of the situation and rushed to the scene, pushing through the crowds and forcing the women and children away from the mob. They were rescued via bulletproof vehicles and shortly later were transferred to Israeli security forces for questioning.

The Lion’s Den terror squad released a statement following the incident boasting that although they had the Jews in their clutches, they chose to hand them over to the Palestinian security forces without harming them due “to the words of Allah that women and children should not be killed.”

“We say to the ‘occupation’ that kills women and children: we’re not murderers. And we say to every other settler that we won’t act with him as we acted with these,” they threatened.