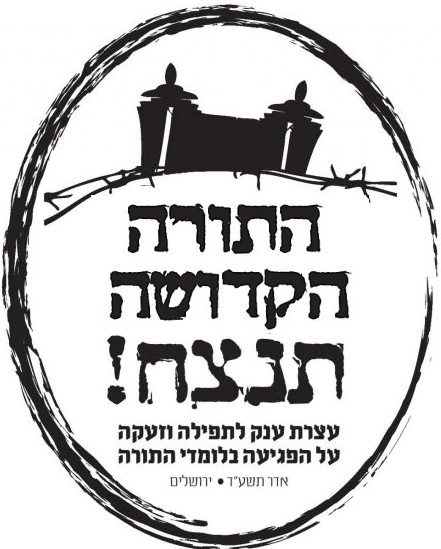 It is being reported that Maran HaGaon HaRav Aaron Yehuda Leib Shteinman Shlita is calling on women capable of coming to take part in Sunday’s Million Man Atzeres in Yerushalayim. The Gadol Hador is instructing women and girls who live in Yerushalayim to take part in the large tefilla event to decry the government’s Chilul Hashem. Women who reside outside of the capital are not required to come, but are welcome to do so if they so choose.

The rav adds that women not taking part in the event should recite Tehillim at home at the same time, Sunday Rosh Chodesh Adar II 5774 from 16:00-18:00 to call on HKBH to remove the gezeiros against the bnei yeshivos and chareidi community.

Regarding talmidei torah, Rav Shteinman is quoted saying that only children 9-year-old and older, who learn in Jerusalem should attend. Children from other cities in Israel should not attend. Others, talmidim in yeshivos ketanos and above should all attend.

It appears the amud for the rabbonim who will lead the Tehillim will be near Binyanei Ha’uma (Jerusalem Convention Center), accommodating HaGaon HaRav Baruch Mordechai Mizrachi Shlita and HaGaon HaRav Reuven Elbaz Shlita. There will not be a bimah for Gedolei Yisrael Shlita to emphasize the event is an atzeres tefilla and not a protest or rally. The Gedolim will however be organized in one central area. Women will be instructed to congregate on Yaffo Street.

While Israel Police is preparing for 400,000 people, organizers believe there will be 800,000 or more participants.