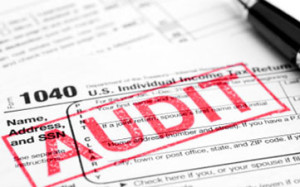 The former Internal Revenue Service official at the heart of the agency’s tea party scandal once again refused to answer questions at a congressional hearing Wednesday that quickly devolved into political bickering between Democrats and Republicans.

Lois Lerner headed the IRS division that improperly targeted tea party and other conservative groups for extra scrutiny when they applied for tax-exempt status during the 2010 and 2012 elections. She was the first IRS official to publicly disclose the targeting, issuing an apology on behalf of the agency at a law conference in May 2013.

But when she was called to testify before the House Oversight Committee a few days later, she invoked her Fifth Amendment right not to incriminate herself. Committee Chairman Darrell Issa recalled Lerner for a hearing Wednesday.

Lerner appeared with her lawyer, but she invoked the Fifth Amendment at least nine times when questioned by Issa.

Issa, a California Republican, quickly adjourned the hearing despite attempts by Rep. Elijah Cummings, the top Democrat on the committee, to make a statement. At one point, Issa said, “Shut it down,” and Cummings’ microphone was turned off.

Afterward, Cummings, of Maryland, said he wanted to point out that despite Republican claims of a political conspiracy, the committee’s investigation so far has not shown any political motivation by IRS agents. The investigation also hasn’t shown any links to the White House, Cummings said.

The IRS watchdog blamed ineffective management by senior IRS officials for allowing it to continue for nearly two years during the 2010 and 2012 elections.

Since the revelations became public last year, much of the agency’s leadership has been replaced and the Justice Department has started a criminal investigation. The IRS has also proposed new rules for handling applications from so-called social welfare organizations.

IRS agents were reviewing tea party groups’ applications to determine the amount of political activity the groups were engaged in. Under current rules, groups applying for tax-exempt status under section 501 (c) 4 of the tax code can engage in politics but it cannot be their main emphasis.

“At this point, roads lead to Ms. Lerner,” Issa said after the hearing. Without her testimony, “it may dead-end at Ms. Lerner.”

Issa and other Republicans on the committee say that Lerner had effectively waived her constitutional right not to testify at last year’s hearing because she made an opening statement in which she said she had done nothing wrong. Technically, Wednesday’s hearing was a continuation of that hearing.

Issa said the committee will consider whether to vote to hold her in contempt. Cummings said he does not believe Lerner waived her constitutional rights.