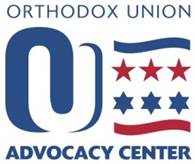 Similar to the Senate resolution that passed in early February, the House resolution recognizes the value of the Iraqi Jewish Archive and the importance of keeping it in a location that is “accessible to scholars and to Iraqi Jews and their descendants who have a personal interest in it.”

The Archive, documenting 2,600 years of a Jewish Iraqi history, contains more than 2,700 books and other Jewish artifacts seized from oppressed Iraqi Jews and their institutions by the Saddam Hussein regime during the 1970s and 1980s. Sent to Washington, D.C. for restoration and recently on display at the Smithsonian Institute, the Archive is scheduled to be returned to Iraq in June 2014 if no immediate action is taken to change the terms of the initial agreement with the Iraqi government.

Nathan Diament, Executive Director for Public Policy for the Orthodox Union, said, “We are grateful to the Members of Congress who sponsored and introduced House Resolution 505, again proving that this concern transcends partisanship. The historical and religious value of the Iraqi Jewish Archive, contrasted with the oppressive nature of the Iraqi government that confiscated these artifacts, mandates that the Archive should remain in the United States where it will be easily accessible to all, particularly the Iraqi Jewish community now living in the diaspora around the world. We urge the House to pass this resolution in a timely manner.”