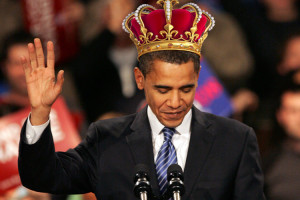 NOTE: The following is being posted in the spirit of Purim, and was not written by YWN:

And it was in the days of Obamachashverosh, ruler of 50 states from Alaska until Wyoming. An e-invite was sent to all his contacts to join him at a party. He tweeted his wife to come wearing her crown and google glasses. She rejected the call. In a fury, he commanded Verizon to disconnect her wifi.

And so, Obamachashverosh needed a new first lady. Emails were sent throughout the land, “All suitable maidens must submit a Youtube Video of themselves; the one who his highness finds most worthy will become the new First Lady of the US.

Esther, however, who grew up in the house of Mordechai did not have internet in her home. However, she needed to work on her speech therapy courses so she went to her “frei” cousins house to go online. It was there that the moderators detected her and demanded her to send in her video.

Obamachashverosh liked Esther best. He filtered through all the other maidens of the land and downloaded Esther’s profile onto his Iphone.

And it came to pass that Mordechai hacked into a chat room and gained access to documents between Bigsan and Seresh who were plotting on committing identity theft with their president.

Mordechai posted the information on WikiLeaks and thus became listed on the Royal Website of those who the president would like to honor.

And it was after these events that Obamachashverosh appointed Hamas to be prime minister of his kingdom. Hamas immediately declared that everyone must like him on Facebook. When he tried to friend Mordechai the Jew, Mordechai did not respond. Hamas immediately plotted to remove, destroy and delete all the Jews health insurance in the land. Emails were sent out through the fastest servers, saying that on the thirteenth day of Adar, all Jews , men women and children on the same day would now be subject to obamacare. Mordechai and Esther immediately called for a Million Man March to pray for the annulment of the harsh decree.

That night, Obamachashverosh couldn’t sleep. He texted his servant to log on to his Royal Website. Although he tried avoiding the link which shared how Mordechai had saved the kings life, all other pages could not be displayed. Obamachashverosh decided he must honor Mordechai. After taking a poll, he orders Hamas to chauffeur Mordechai in the Royal Limo. During the parade, Hamas’s daughter, watching the entire event on her webcam, sends all her spam to the driver.

Hamas joins Esther and the kings WhatsApp group and it is there that Esther reveals her family circle on google+. Security arrest Hamas and he is hung on the fifty foot gallows he had ordered on E-bay.