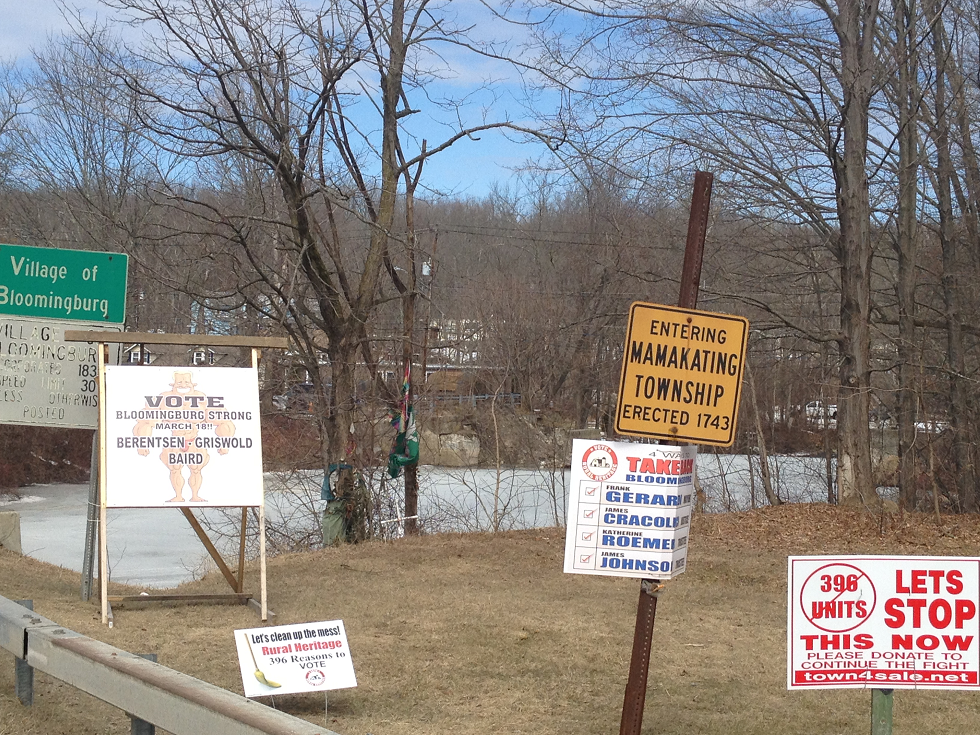 It was a sunny and a relatively quiet day in the Village of Bloomingburg on Tuesday as voter headed to the polls to vote for the next mayor of the village following a heated and contested election campaign.

According to an unofficial hand count, 265 out of around 393 eligible voters voted in Village elections, up fro 24 in 2012. 108 were regular ballot and 157 voters cast their ballot via affidavit. Because of challenges to more than 230 of the village’s 393 registered voters, mostly Hasidic Jews, Sullivan County Supreme Court Judge Stephan Schick ruled that all voters whose registrations have been challenged must vote with an affidavit, affirming by oath they live where they’re registered.

According to the unofficial hand count of the regular ballots (108), Rural Heritage Party mayoral candidate Frank Gerardi got 81 votes, Mayor Mark Berentsen got 25 votes and 2 were void.

The judge ruled Wednesday morning that the BOE should conclude its investigation of alleged voter fraud. The parties due in court on March 31st to address challenged voters.

No major confrontations were recorded between supporters of the two parties during the day, but Hasidic voters claimed they were harassed and intimidated by local activists and supporters of the opposition as they exercised their right to vote.

Since early morning until polls closed, several activists and supporters of the Rural Heritage Party were standing at the entrance of the Village’s Town Hall parking lot, equipped with cameras, video recorders and protesting posters. One supporter, identified as Leslie Weinstein, confronted this reporter for covering the elections, accusing him for covering up for Hasidic voting fraud and non-residents who are “stealing the money of this village.”

Another resident tweeted, “Seeing Hasidic’s walking around Bloomingburg makes my blood boil.” The user – @megan_04 – deleted the account as soon as it was retweeted.

And then there was this “picture macher” – Vincent Ferri, who stood 5-10 yards away from the entrance to the polling site snapping tens of pictures of every single Jewish or Hasidic voter entering or exiting the building. The photographer, who apparently is not even a resident of the village, confronted voters who he claimed were not residents of the village, taking close up pictures of them and their families throughout the entire day. 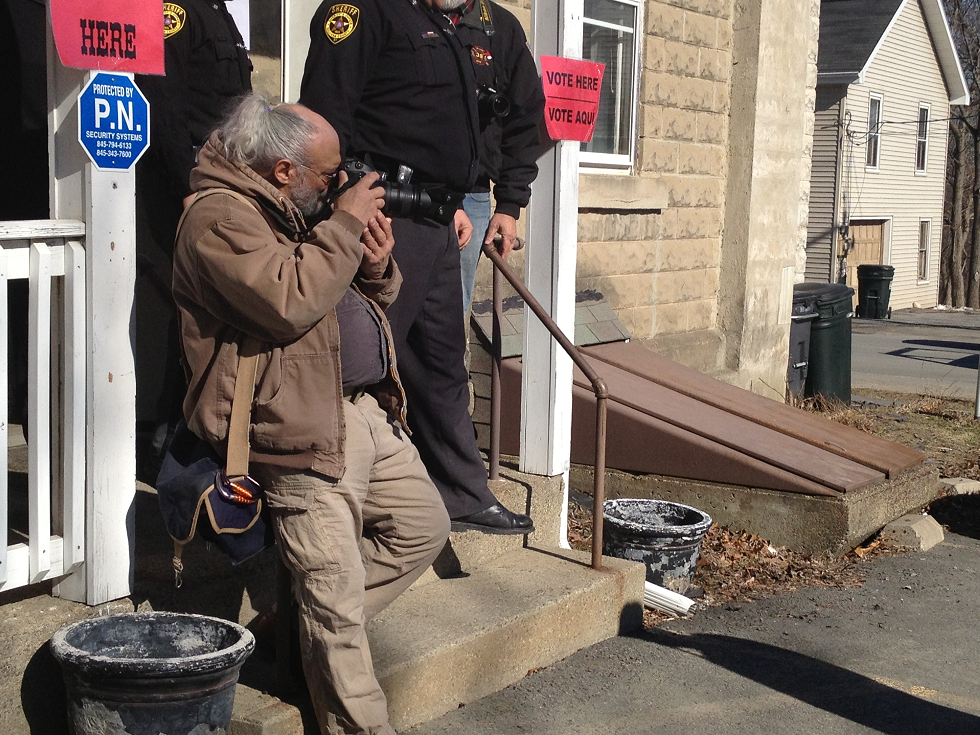 At one point, Ferri, a leader in the movement against Lamm’s 396-unit development, took pictures of babies in carriages and of little kids as they were accompanying their parents entering the building to vote.

South Fallsburg resident Shmuel Temple confronted several supporters of the Rural Heritage party, claiming voters are being intimated by local activists and the FBI. “How could that not be considered intimidation?” he asked. 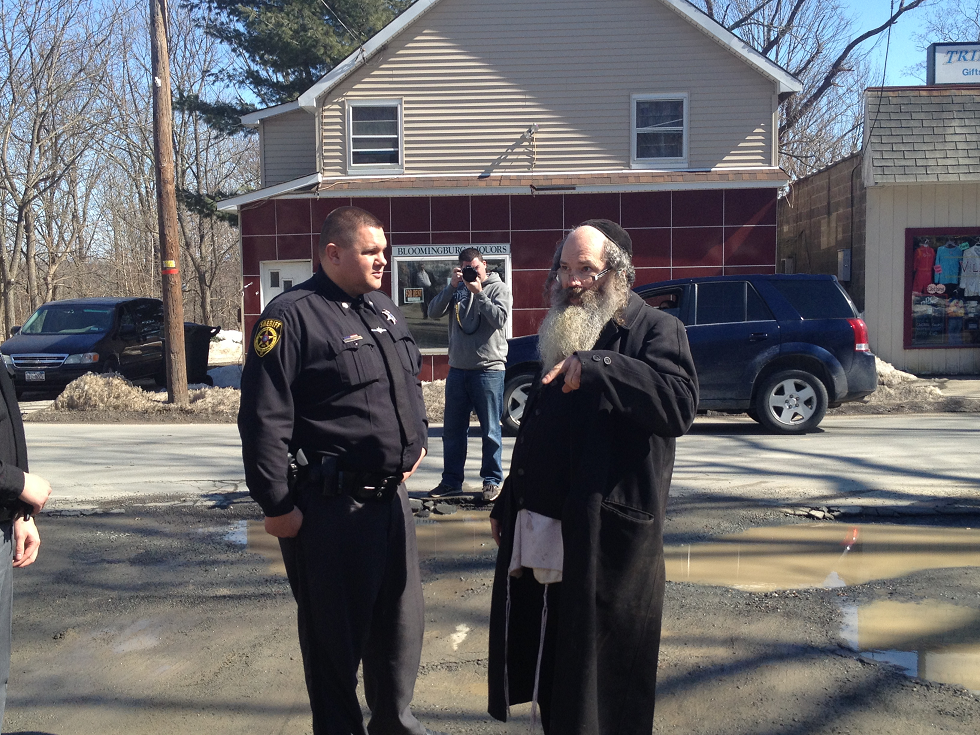 Speaking to reporters following his vote, developer Shalom Lamm described the situation as a sad day for America’s freedom. “Today, my faith in America is shaken. I have lived in Bloomingburg for more than two years and yet, I was not permitted to vote like every other American,” said Lamm, reading from a written statement. “I am sad and disheartened. No matter what the outcome is today, I hope, I pray, and I will work so that we can all come together and heal to make Bloomingburg a better place to live.” 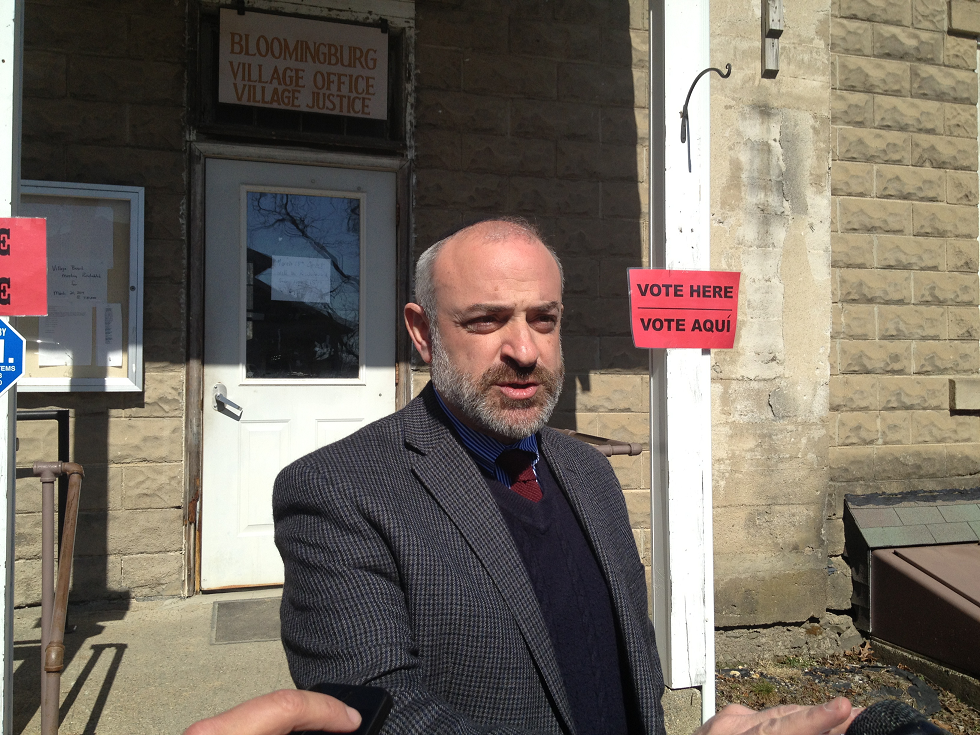