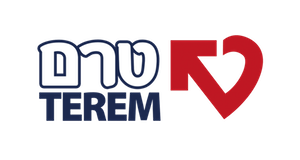 Once again a Terem emergency clinic in Yerushalayim is in the news in connection to the petira of a child. In the most recent case, 3-year-old Meir Rubinstein z”l was found in cardiac arrest on Shabbos morning in the capital r”l. Prior to this latest case, Terem was in the media after it was learned Yael and Avigail Gross z”l were also brought to Terem and they too were sent home. Medical askan Rabbi Benny Fischer instructs the tzibur not to rely on Terem in an hour of need –to stay far away from the private emergency medical clinic.

According to preliminary reports in the latest case, Terem has released a statement that the child who was checked and released from a clinic was brought in for diarrhea. The medical staff conducted comprehensive diagnostic testing on the child including blood tests and the treatment conformed to standards of appropriate medical care for a child in the condition of the child in question.

Terem officials express “sorrow” over the incident but point out “hundreds of thousands of patients are treated in its clinics annually and Terem clinics operate in line with the highest medical standards”.

The levaya for 3-year-old Meir Rubinstein z”l was held on motzei Shabbos. The child was niftar in the home of his grandfather Rav Moshe Betzalel Burzikovsky in Shikun HaRabbonim in the capital.

The grief stricken father, R’ Avigdor Rubinstein stated at the levaya “Just a week ago I wrapped you in a tallis and brought you to cheider. Now, I wrap you in a tallis against on your final journey”

The child was buried in the Gur section near the admorim of the Gur dynasty on Har HaZeisim.