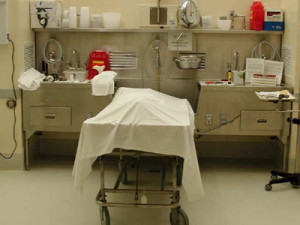 Recent events in the Jewish community have brought up the concept of autopsies in Jewish law. Some question why Jewish law is opposed to autopsies. In this short essay, a brief overview of the “whys” is offered.

In almost every venue or endeavor, American citizens generally face three varying sets of laws. There are federal laws, state laws, and local laws. Mature, intelligent citizens view their laws with a sense of pride and duty. Observing them is not viewed as some onerous burden. No, meticulous observance of our nation or state’s laws is a matter and source of tremendous pride.

Jewish citizens have a fourth set of laws.

They are the laws of the Torah, a tradition of laws that has been observed since Sinai. When facing the tragedy involved in an intimely death of a family member, Jews are often requested that they submit their family member to an autopsy. The problem is that often, this request is diametrically opposed to one of their deepest values – the observance of Judaic tradition.

In this essay we will explore five Jewish legal beliefs and traditions. These traditions are, in fact, immutable laws.

The first law deals with the obligation incumbent upon all Jews to bury the deceased body as expeditiously as possible. The book of Genesis tells us that Man was created in the Divine image. It is a matter of utmost import in Jewish law never to insult the Creator by leaving His Handiwork – unburied in a state of indignity and disgrace. Maimonides describes immediate burial as a sacred obligation incumbent upon all of Israel, at all times and in all places. An autopsy takes time and perforce delays the preparation of the body for burial. It is a delay which flies in the face of our duty toward G-d.

The second law deals with disgracing the body. The Talmud (Bava Basra 154a) deals with the prohibition of disgracing or defacing the human body. This is a separate issue from the obligation of immediate burial mentioned above.
The third law deals with a prohibition in ever benefiting from the deceased human body. The Talmud in numerous places (Sanhedrin 47b, Avodah Zarah 29b, as examples) describes how it is reprehensible to ever derive benefit from a deceased human body. The only time an exception to this can be made is to directly save a human life. However, to derive any physical benefit from a body is something that should be avoided at all costs.

The fourth law deals with the notion of theft. The human body is sacred and belongs to no one but G-d. We cannot deface, cut open, and or examine the body of a deceased family member any more than we can do so, heaven forbid, to the bodies of past presidents of this country buried in Arlington. Just as they are not ours to examine or cut open, so too are the bodies of our family members not ours to examine, cut open or explore even in an autopsy. The issue is one of out and out theft as explained in the Talmud (Gittin 20a, Kiddushin 17a – see also Ran Nedarim 47a).

Finally, the fifth issue deals with sensitivity. Jewish tradition tells us that the soul is in a state of anxiety and anguish until it is buried in the ground. The more it sees its body being explored, cut, etc. the more agitated the soul becomes. One of the most basic ideas in which a society can be judged lies in how that society treats the helpless. Does our society abuse the weak, the elderly, the children – in short, those who cannot speak up for themselves? If so, this does not bode well for us. By the same token we cannot abuse the soul in its most fragile state.

The ideas expressed in this article may seem new to the uninitiated. But these beliefs, customs and traditions lie at the core of the Jewish nation. Whenever they are violated they cause extreme stress and anguish to observant Jews.

The laws of Jewish tradition are every bit as important to observant Jews as the laws of this great nation. It is hoped that this short monograph enabled the reader to appreciate this perspective a bit deeper. The best way to do so is to appreciate the patriotism displayed here to G-d, and not just to country or family. Doing so will be the first step in understanding our fellow man.