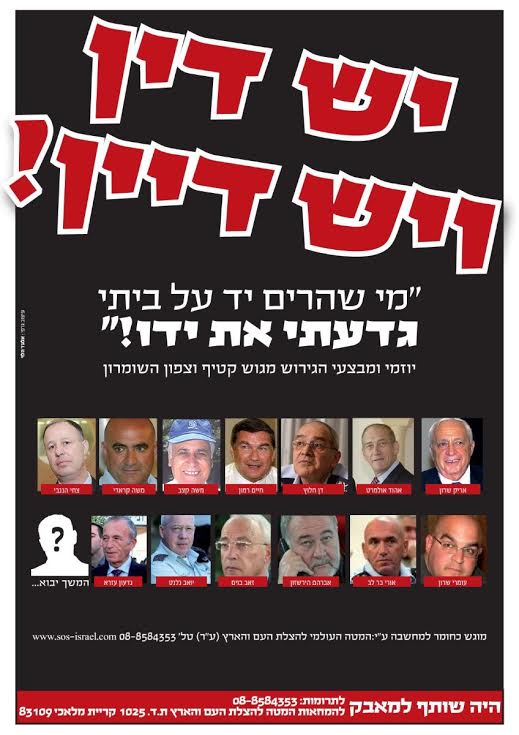 The SOS Israel organization was quick to issue a press release following the announced sentencing of former Prime Minister Ehud Olmert and other Holyland defendants.

“He received the sentence because of the expulsion of Jews from Gush Katif. The curse of the disengagement did not apply to the former prime minister, who was the brain behind the satanic expulsion of Jews. The man who promised convergence in Yehuda and Shomron and smashed the skulls of young boys and girls in Amona has added another element to his honor, his rightful place behind bars. Not one of those who planned and carried out the expulsion escaped his punishment from the chief of staff to police chief and the prime minister and president to the last member of the boy’s farm.”

The message continue advising Prime Minister Binyamin Netanyahu to learn the lesson and to internalize what the crime of the expulsion from Gush Katif as one who lent a hand to the destruction of Eretz Yisrael and compromising her security. “The prime minister must act with determination and without hesitation to expand the settlement in Yehuda, Shomron, Binyamin and Greater Yerushalayim, and not to give in to American pressure” the message concludes.

The organization adds it plans to distribute hundreds of thousands of circulars with its message.