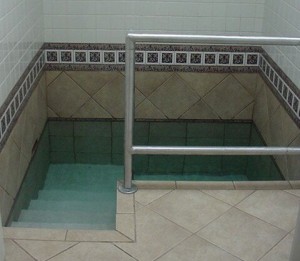 Deputy Minister of Religious Services Rabbi Eli Ben-Dahan announced that the ministry is working to move mikvaos to solar power, a move that would save money as well as taking the environment into consideration. The ministry has instructed the nation’s religious councils to do whatever possible to make mikvaos in their jurisdiction greener, including the use of solar energy to heat the water.

Back in March the ministry announced a pilot program to recycle mikve water in Yerushalayim. An external tank will be installed alongside a mikve, and the water drained will be directed into the tank from where the water will be cleansed, purified and treated, and then used in the mikve again.

Obviously this is not something that will occur overnight as the ministry is looking down the road into the coming years. Ben-Dahan is determined to make the mikvaos ‘greener’ and less costly to operate.