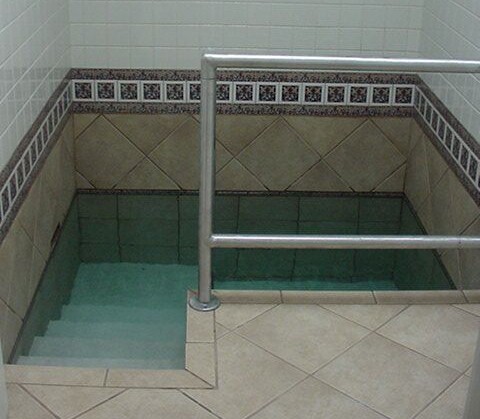 Jerusalem is about to embark on a one-of-a-kind project in Israel, a pilot program that involves treating mikve water as City Hall continues efforts to increase conservation and recycling efforts.

An external tank will be installed alongside a mikve, and the water drained will be directed into the tank from where the water will be cleansed, purified and treated, and then used in the mikve again.

The city’s religious council and health officials will be involved as well, to ensure halachic and health concerns are not compromised.

There are 35 public mikvaos in the capital and this program could save a significant amount of water, one of the most valuable resources. Officials predict the move could save thousands of liters of water annually in the city mikvaos alone, not to mention a savings regarding cost and manpower. If the NIS 200,000 pilot program is approved, the city mikve selected for the test is in the Pisgat Ze’ev neighborhood.