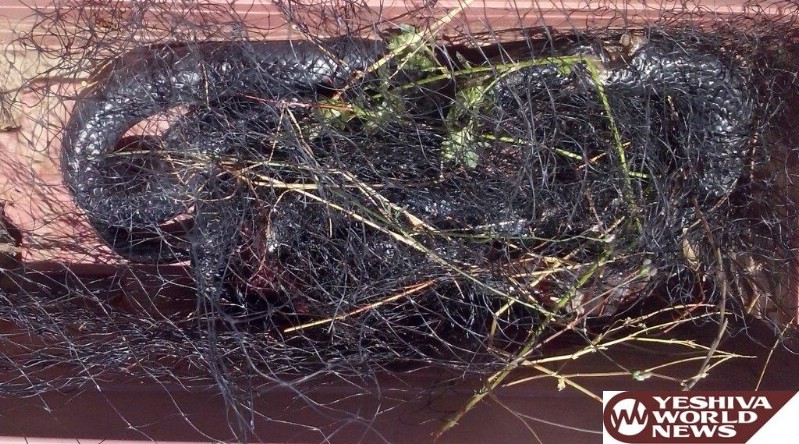 A 70-year-old man was bitten by a large snake on HaRimon Street in Givat Yearim. The snake bit him in the yard of his home. Ichud Hatzalah reports the man was treated on the scene and then transported in an intensive care unit to Hadassah Ein Kerem Hospital. He was conscious during transport.

Ichud Hatzalah EMT Moshe Mizrachi reports that after the man was bitten residents caught the snake and smashed its head. As evident from the photos, the snake was quite large. Neighbors reported of late there have been a number of snake bites reported in the area. 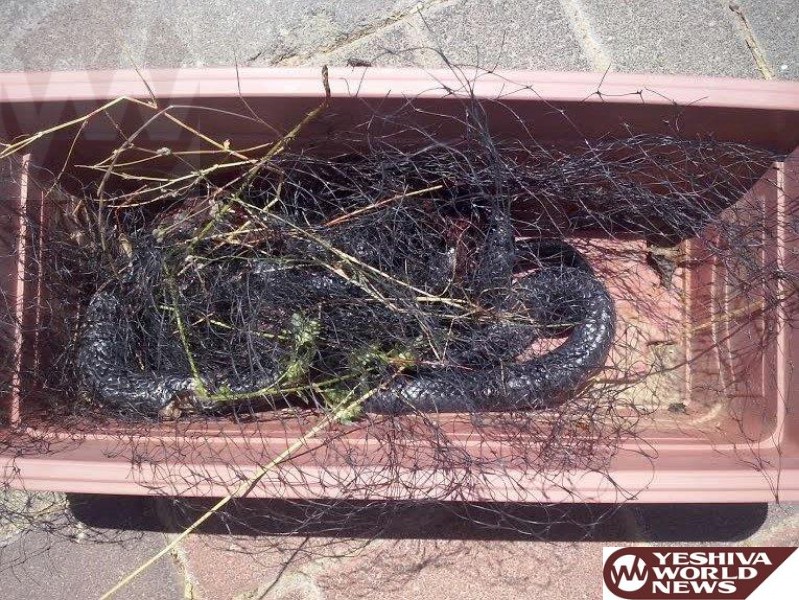 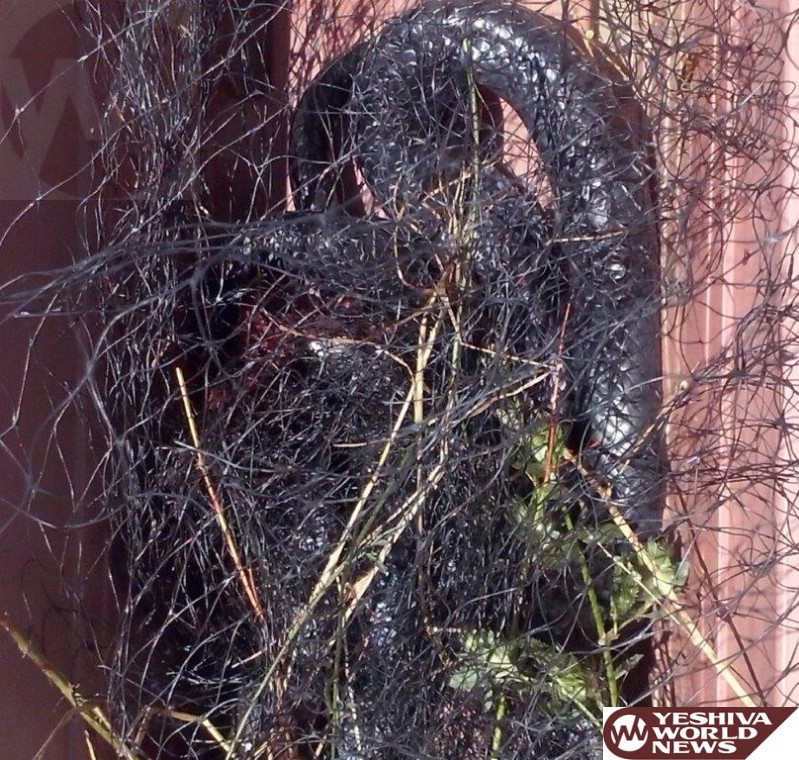