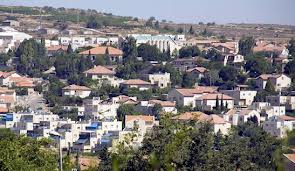 A bill is being sponsored that would bring Israeli law to the communities of Gush Etzion, which are now under the convoluted mixture of state law mixed with the British Mandate and Turkish laws as they live in the “territories” and not the State of Israel.

Coalition Chairman MK Yariv Levin and MK Orit Struk are behind the bill that would place Gush Etzion under Israeli law. This would include all the communities that are a part of the Gush Etzion Regional Council in addition to Efrat and Betar Illit.