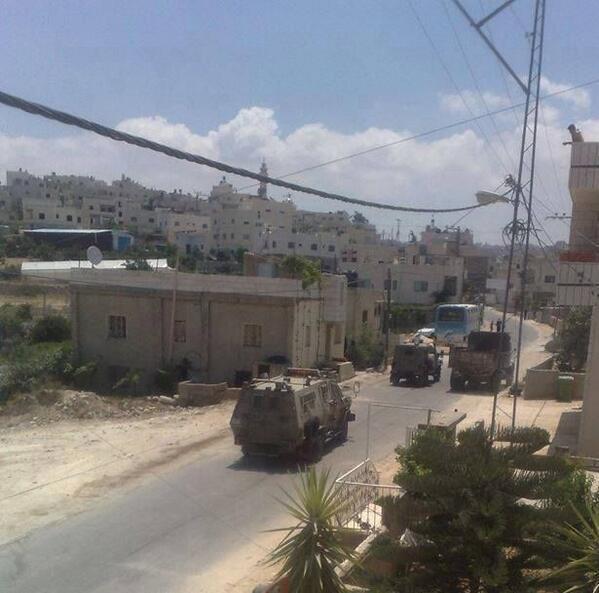 UPDATE 18:54 IL: The burned vehicle that was being checked by forensic experts for a possible connection to the abduction was at the location prior to the event last night and it is now being reported there is no connection between the abduction and the vehicle.

UPDATE 18:51 IL: US Ambassador to Israel Dan Shapira has been informed by PM Netanyahu that one of the boys is a US citizen.  Special IDF reserve duty forces are reportedly being activated as efforts to locate the abducted youths continue.

UPDATE 18:50 IL: The ongoing IDF operating is receiving prominent media coverage on Hamas and PA (Palestinian Authority) TV as music plays in the background of the broadcasts.

UPDATE 18:47 IL: According to Channel 10 News, one of the three boys is also an American citizen.

UPDATE 18:43 IL: Ziv Maor, the spokesman for the Chief Rabbinate of Israel reports the rabbonim of the cities in which the abducted youths live are currently with the families. The families send the following message to the tzibur.

“Candle lighting time has the power to bring yeshuos and we ask everyone, even those who do not regularly daven, to daven for the success of the IDF in search of the missing boys.

“We ask all of Am yisrael to daven for the three missing boys that they return home safely to their families, Amen”.

UPDATE 18:41 IL: It is a celebration in Gaza and other PA areas as residents wave Hamas and PLO flags. Gunfire expressing their jubilation is heard as residents distribute sweets and express their joy over the news. Terrorists imprisoned in Israel are also celebrating, Channel 10 News is reporting, adding they are also posting messages to social media networks. Suffice it to say there is no explanation how this is being accomplished.

Israel Prison Authority officials have moved to heightened alert in light of the situation, with an emphasis in prisons housing terrorists.

UPDATED 18:39 IL: Checkpoints leading from S. Israel to Gaza are sealed and many checkpoints and roadblocks are operating in southern Israel to prevent transferring the abducted youths to Hamas-controlled Gaza. The Erez and Kerem Shalom Crossings into Gaza are closed at this time.

UPDATE 18:24 IL: The mother of one of the missing boys reached the home of HaGaon HaRav Chaim Kanievsky Shlita and pleaded with him to be mispallel on their behalf. The rav reportedly gave a bracha and said כי הלימוד יהיה לזכות.

The rav is also quoted calling on the tzibur to be mechazeik in limud Torah and tefilos for the abducted youths.

HaGaon HaRav Shmuel Auerbach Shlita has called for the recitation of tehillim in shuls on Friday night as has Rav Grossman Shlita, mora d’asra of Elad.

Head of the Shas Moetzas Gedolei Yisrael HaGaon HaRav Shalom Cohen is joining the call, instructing the tzibur to be mispallel for the safe return of the talmidei yeshiva.

UPDATE 18:02 IL: The Chief Rabbinate of Israel is calling on the general public to recite Tehillim for the missing boys when lighting Shabbos candles and to recite the following.

UPDATE 17:57 IL: The main thrust of the IDF Special Forces search for the missing youths began on Friday morning, not at night. A significant component of the ongoing efforts is being concentrated on intelligence information including a surveillance drone deployed by the military.

Channel 10 stresses it is clear these are not youths who went camping and their mobile phone battery died and then they turn up unscathed later in the day. Contact early this morning with the families has persuaded the IDF the youths are responsible and not the type to just disappear without a trace. In addition, it is confirmed that one of the boys phoned on Thursday night and managed to say “They abducted us” before the line was disconnected.

UPDATE 17:50 IL: Burned remains of a vehicle have been under the scrutinizing eye of forensic experts since the morning for it is believed it may have been the vehicle used to transport the three and then set ablaze to cover any leads in the case. It is not known if the vehicle was involved in the disappearance of the youths but it’s possible involvement is still not being ruled out, Channel 10 News reports.

UPDATE 17:49 IL: An IDF drone that is used for intelligence information is now being operated to assist in ongoing efforts to locate the missing bnei yeshiva.

UPDATE 17:43 IL: Prime Minister Binyamin Netanyahu has been in contact with the families of the missing bnei yeshiva to inform them everything possible is being done to bring the boys home safely.

Rabbonim in Hebron are reportedly informing residents to leave a radio on low to permit remaining abreast of the developing security situation.

UPDATE 17:17 IL: IDF Spokesman Brigadier-General Moti Almoz: We have been involved in intensive search efforts since receiving reports of the disappearance of the youths. We are doing our utmost to sift through the information to decipher the fact from fiction. The rumors continue spreading throughout the social media and other networks and we ask to permit us to do our work and we will report information as soon as it becomes available.

UPDATE 17:05 IL: The following information is from an official IDF Spokesman’s message released moments ago. It is the same source that reported earlier the boys were rescued, which now appears to have been erroneous.

Three talmidim were missing during the night, not two are reported earlier. The search continues at this time. Many checkpoints are operating throughout the Gush Etzion and Hebron areas. The three are currently listed as “missing” without any additional explanation. 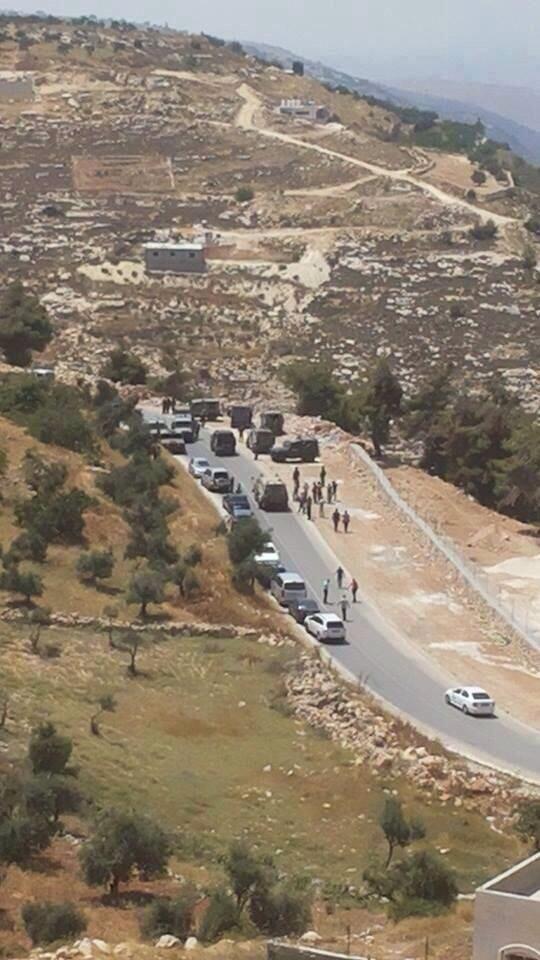 No explanation is being given at this time regarding the previous message released to the media by the IDF Spokesman upon which the story is posted.

It is now permitted to add the boys did get into a vehicle on Thursday night in the Gush, which headed south towards Hebron. This is what is being released at present.

It is being stressed that security officials fear the worst and the boys are believed to be in the Hebron area but at present, there is not confirmed intelligence information. Anyone traveling in the Gush Etzion/Hebron areas on erev Shabbos is urged to leave additional time and to approach IDF checkpoints with caution as soldiers are on edge due to the gravity of the situation.

The PA (Palestinian Authority) media in Gaza is celebrating. Islamic Jihad is reporting the abduction of Israeli and the news is received with.