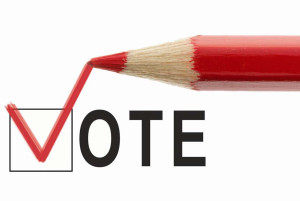 Efforts continue to advance the process of electing new chief rabbis of Yerushalayim after the capital has been without chief rabbis for over a decade.

It was announced on Tuesday 19 Sivan that as Deputy Minister of Religious Services Rabbi Eli Ben-Dahan continues with his input into the process, the number of shuls in the capital that will have a right to vote in the election has been reduced. According to some analysts, the present makeup of the voting body will all but empower the dati leumi community to emerge the winner in the election in both the race for Ashkenazi and Sephardi Chief Rabbis.

While there are an estimated 1,700 shuls in the capital, the decision was made to cut the number from 24 to 12. The shuls selected are:

Because the election is for both rabbonim, the voting body must be equally divided, Ashkenazim and Sephardim. Criteria towards selecting the shuls include factors such as geographical location, the neighborhood local council, size and character (Ashkenazi, Sephardi, litvish, chassidish, dati leumi, Sephardi chareidi).

Ben-Dahan and Jerusalem Mayor Nir Barkat praised the progress, but it is clear to all concerned that a petition is likely to be filed with the Supreme Court in the coming days to further delay the election. Chareidi elements are adamant in their refusal to accept the election of dati leumi affiliated Rabbi Aryeh Stern as the Ashkenazi Chief Rabbi, and they will do everything possible to continue delaying the process until November 2014, when the rabbi will celebrate his 70th birthday. He will then no longer be eligible to run in the race due to the age limitation in the law.

Filing petitions with the court buy time and at present, that is sufficient. Even if petitions are ultimately rejected, the parties must respond and the court must render a decision. In addition, there is the upcoming summer recess and then the Tishrei Yomim Tovim. As a result, the delay tactic has more than a fair chance of succeeding in delaying the election to disqualify Stern’s candidacy. If this occurs, the dati leumi camp will then have to agree on another candidate to replace Rabbi Stern.