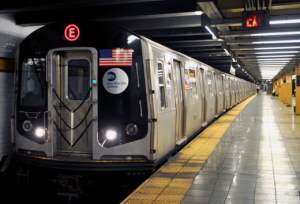 Power was temporarily lost in the New York City subway system Wednesday morning, causing every line to be delayed, according to the MTA.

It happened about 10 a.m. Within about 20 minutes, power had been restored and trains were running again.

Still, seeing a line of red “Delays” on the MTA site and getting stuck — no matter how briefly — underground was enough to cause a slight, short-lived panic among straphangers.

Commuters are told to expect residual delays as the system starts up again.