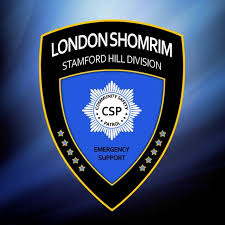 On Friday 20 June 2014, 51 year old ‘Errol Simpson’ from Hackney E5, was sentenced at Snaresbrook Crown Court for 9 theft and related offences including a residential burglary.

On 25th December 2013, a Shomrim volunteer on patrol around Mount Pleasant Lane E5 in the Upper Clapton area of Hackney, observed Mr Simpson for an hour, and witnessed Mr Simpson attempting to steal from 7 separate parked motor vehicles and on one occasion putting his head through a ground floor open window of a residential house, and then entering an enclosed back garden and stealing a quantity of fruit.

The Shomrim member followed Mr. Simpson until Police arrived and arrested him. Detective Chief Inspector Shabnam Chaudhri of Hackney Police, personally thanked the Shomrim member involved for his assistance in the arrest of “Hackneys’ most wanted burglar”. The case was thoroughly investigated by Hackney Police CID and statements were taken from witnesses and victims, and Mr Simpson was subsequently charged with several offences and remanded in custody.

Sentencing, Her Honour the Judge Sarah Paneth spoke about Mr Simpsons’ “spree of offending” on that night, and described how Mr Simpson “invaded someones home”, and added that in her “Judgement, these are serious offences”, she said that Mr Simpsons’ actions “undermines the confidence of the community”.

Mr Simpsons’ long criminal history, described by Her Honour the Judge Sarah Paneth as “a terrible record”, was analysed in court, including 27 previous Theft and related offences, and his first conviction when he was just 17 years old, which was for committing a residential burglary, the Judge told Mr Simpson “you are undoubtingly a persistent offender”.