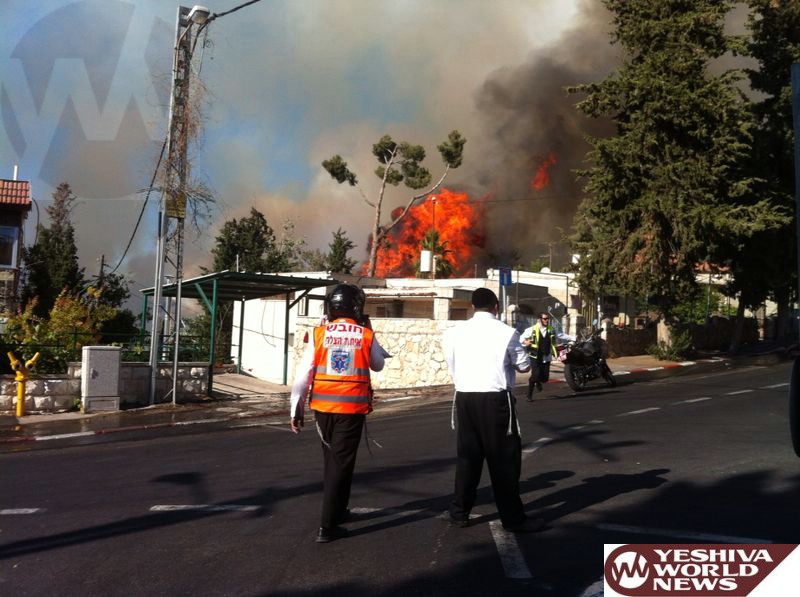 While the Jerusalem fire chief declared the Ein Kerem Forest fire under control at about 19:30, firefighters are likely to be working through the night to prevent the fire from starting up again. It is explained the main fire was brought under control but the smaller fires are still active to one degree or another. Firefighters will remain until absolutely certain the fire is out and there is no fear of it reigniting.

Israel Police Chief Yochanan Danino reports the five homes were seriously damaged and dozens of others were evacuated. Residents were taken to area shelters, where some will spend the night while most will likely return home. Five people were treated for light smoke inhalation. The fire burned out of control for almost five hours and B’chasdei Hashem there was no loss of life or even serious injuries.

At its height, 50 fire units were involved in firefighting efforts on the ground, aided by six firefighting planes. The Alyn Rehabilitation Hospital was evacuated as was Yad Vashem. Hadassah Ein Kerem Hospital officials were standing by for a massive evacuation, which B”H did not occur.