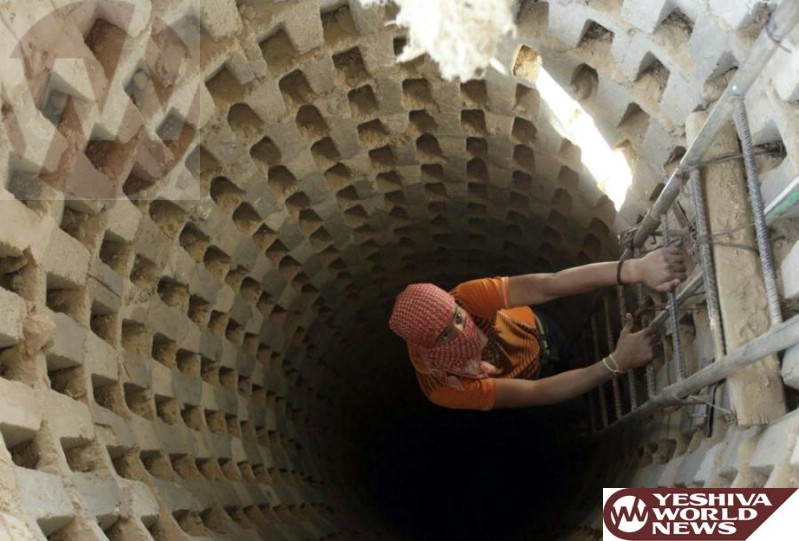 Terrorists planned a major slaughter of Jews on Rosh Hashanah R”L. Siyata Dishmaya choreographing the chain of events has prevented this from occurring.

NRG correspondent Ariel Kahane, quoting senior security sources reports that 200 terrorists planned to make their way via tens of tunnels to six Western Negev communities and slaughter and kidnap the populations of those communities.

The tunnels that were built by Hamas in Gaza were not random, but they were set up for a multi-pronged terrorist attack in which they planned to slaughter and abduct entire communities. This was to take place on Rosh Hashanah 5775 R”L.

The attack was prevented as a result of Hamas’ continued rocket fire, followed by the terrorist leaders refusing to accept a ceasefire, thereby compelling the ground forces operation in Gaza.

The terrorists planned to bring dozens of hostages to Gaza via the vast tunnel network. Had the attack taken place, hundreds of people would likely have been killed R”L and many more injured.

It should be pointed out that while many are told the IDF was blind to the tunnels, this is not so and tunnels were destroyed from 2005-2008, after the Disengagement until Operation Cast Lead. Then Southern District Commander Major-General Yoav Gallant wanted to enter Gaza to address the tunnel situation but he was prevented from doing so by then Defense Minister Ehud Barak.

Former IDF Major-General Yitzchak Yisrael, a noted expert on the matter told Channel 10 News on erev Shabbos that the IDF has been working for years on addressing the tunnel issue and he is optimistic that in a year to two the development of the solution will be complete. He adds the low tech matter of tunnels poses a problem to countries around the world and they date back to Vietnam and the Korean War, and the US like Israel does not have a definitive solution to this day.