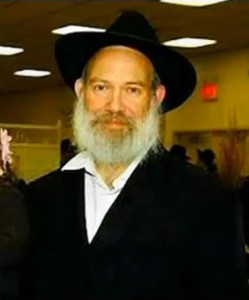 Police officers continue to saturate the neighborhood in search of the person, or people, responsible for fatally shooting a rabbi over the weekend.

Police Sergeant David Fariss, and many other officers, have set up camp in the Northeast Miami-Dade neighborhood where Rabbi Joseph Raksin, from New York, was shot and killed Saturday at 9 A.M. as he walked to synagogue in his religious attire.

“We’ve increased patrols looking for any suspicious activity, possibly someone coming back in the area that doesn’t belong, that stands out to us. Looking for that one piece of information, that one lead that’s gonna break the case,” Sgt. Fariss told CBS4’s Natalia Zea as she rode along with him on patrol.

Police have made themselves very visible in the area as they believe this kind of ‘boots on the ground’ effort could be the key to catching the killer.

The county’s mobile command unit and other officers are intently working in the neighborhood to not only catch the killer, but to prevent crime in the county neighborhood nicknamed the Donut Hole because it’s surrounded by the City of North Miami Beach.

“We do our high visibility and being in the area, hopefully the criminal element that’s there sees us and says ‘nope maybe not today or maybe not at all,’” said Sgt. Fariss.