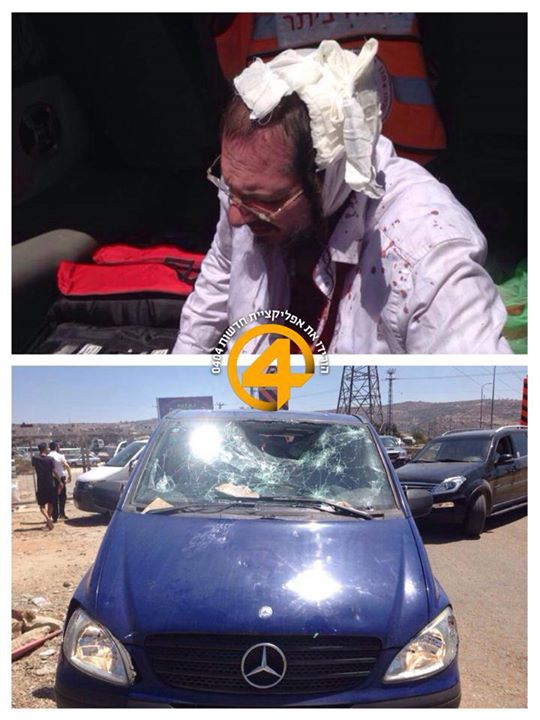 14:24: Asher Eisenbach works as a contractor. He is chareidi and a resident of Betar Illit. He was traveling to bring Arab laborers who work for him but never expected to become a victim of Arab terror.

A number of young Arab males saw the lone chareidi man in his vehicle and threw a boulder at the windshield along with at least one firebomb. This brought the vehicle to an abrupt halt. They then dragged him from the vehicle and began beating him.

B’chasdei Hashem the IDF arrived in the area and extricated him before they killed him.

Betar officials are calling on residents not to enter the village, Hussan, explaining the population is extremely hostile towards Jews.

13:10 IL: An avreich was attacked by Arabs near the entrance to Betar Illit, on the Hussan Bypass Road. According to the preliminary report the man was dragged out of his car by Arabs and taken into Hussan.

He was rescued by the IDF and later treated by Ichud Hatzalah, with the latter reporting he is in moderate condition. Additional information to follow.