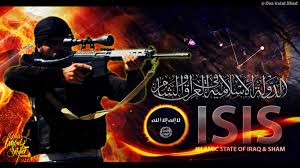 It appears that Islamic fundamentalists firing into Israel from Sinai are receiving assistance and training from ISIS. While the situation along Israel’s southern border is unchanged at present, Israel is aware that an ISIS presence in Sinai could drastically change the reality along Israel’s border to Egypt.

In northern Israel, the fact that Syria is no longer in control of areas of Syria in proximity to Quneitra has created a new reality for the IDF. For the first time since 1973 the Syrian government is not totally in control of the border area and the rebel forces seem to be expanding their presence. Over recent weeks the IDF has been dealing with a sharp increase in spill-over fire into the Golan Heights from the ongoing Syrian civil war without retaliating in most cases but an ISIS presence along the border would significantly change the IDF’s view of that border. It is feared that without Syrian government forces at the border, it will permit ISIS to take up position at a future date, albeit not the immediate future.

Egypt is concerned as well, well-aware major leaders in al-Qaeda and the Global Jihad are of Egyptian origin. Government officials are concerned with the Islamists making their way to that country from Libya. The Egyptian al-Aram newspaper reports Egyptian forces are implementing changes amid reports there are ISIS cells operating in the country and towards curtailing Islamic fundamentalist activities in Sinai.

Egyptian fear thousands of citizens in Iraq and Syria will join with ISIS and thereby present a formidable threat to the country.