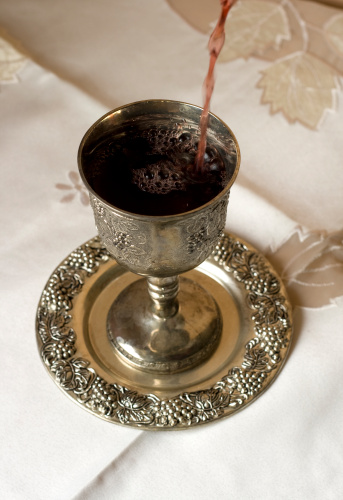 The international Shabbos Project will take place in over 200 cities around the world on the Shabbos of the 24th/25th October this year. The concept is simple: Jews of all walks of life, from across the spectrum – religious, secular and traditional; young and old, from all corners of the world – uniting to experience one full Shabbos together, in full accordance with halacha.

From LA to London, Melbourne to Moscow, Buenos Aires to Berlin, Jerusalem to Johannesburg, Toronto to Tokyo, in every corner of the globe, people are joining the biggest global Jewish identity initiative the world has ever seen.

The Shabbos Project is a social movement developed by the Chief Rabbi of South Africa, Dr. Warren Goldstein. The first Shabbos Project took place in South Africa in October last year. On the Shabbat over which it ran, more than 75 percent of South Africa’s 75 000 Jews kept a full halachic Shabbos, many for the first time in their lives. The project drew people together in ways never seen before and news of its success spread rapidly, inspiring thousands of people around the world to bring the movement to their own communities. And so, the idea of an international Shabbos Project – “One Shabbat celebrated and kept in full across the Jewish world, by the entire Jewish people, at the same time” – was born.

“The international Shabbos Project is an opportunity for the entire Jewish world to keep one complete Shabbos together – from Friday evening just before sunset on October 24, until Saturday night after the stars have come out, on October 25,” explains Chief Rabbi Goldstein, “The beauty of this is that it is so practical and manageable. It’s only one Shabbos. It’s something everyone can do.”

The international Shabbos Project is being described as “an experiment that has no precedent in modern Jewish history”. Final preparations are feverishly underway, coordinated by 1200 partners in around 200 cities and 34 countries.

Chief Rabbi Goldstein explains the significance of the project’s tagline “Keeping It Together”:

Rabbi Goldstein explains the significance of the project’s tagline “Keeping It Together”: “Keeping it together means keeping our lives together. Of course, there is the good food, sound sleep and deep relaxation we look forward to, but there’s more. Shabbos restores us, not just in a physical sense, but emotionally and spiritually as well, so that we emerge motzei Shabbos as new human beings ready to face the week with all of its challenges and opportunities.”

Rabbi Goldstein believes that Shabbat has a special power and resonance for our time. “Shabbos enables us to momentarily set aside the distractions, demands and pressures of daily life, offering us the time and space to renew our inner selves, and to revisit and reinvigorate our most important relationships. Shabbos can hold us together in a society where everything seems to be pulling us apart.”

Crucially, The Shabbos Project is not merely about performing a symbolic gesture to acknowledge Shabbat, but rather about keeping it properly, in full accordance with the Shulchan Aruch. For Rabbi Goldstein, authenticity is everything.

“The power of Torah is dependent on how closely it resembles that which Hashem originally gave us. This approach is predicated on the idea that the real energy and kedushah of Shabbos – its transformative power – is wholly dependent on doing the mitzvah properly.” A vital aspect of the Shabbos Project is the effect it can have – and did have in South Africa in 2013 – on shomer-Shabbos Jews.

“Many observant Jews found it to be a very powerful experience. They took on projects to learn more hilchos Shabbos, and were strengthened by reaching out to family and friends and neighbors – not in a condescending manner, but by supporting them and offering to help them to feel part of the project. Ultimately, people drew newfound inspiration from being around so many others who were experiencing Shabbos for the first time in their lives.”

Rabbi Goldstein believes The Shabbos Project is a stark reminder of the power of authentic, undiluted Torah to change the world; of its pressing relevance for all times and places.

“This applies especially to the mitzvah of Shabbos, which has been part of the very fabric of the universe from the beginning of Creation,” he explains. “Shabbos is the only mitzvah the Gemara (Beitzah 16a) calls a matanah — a gift. It is an incredible gift to Klal Yisrael, and if people experience its kedushah, beauty and power in full – whatever their background may be – they are inspired. As we say in Tehillim, ‘Taamu ure’u ki tov — Taste it and see, for it is good’.”

A possible reason for the unique power of Shabbos is that it is a mitzvah that touches every aspect of the human condition.

“Shabbos has an intellectual dimension, which relates to our belief system – it attests to the fact that G-d created the world, as we say in the Shabbos Kiddush. It has a spiritual dimension as well – we say special prayers on Shabbos and we sing the Shabbos zemiros. Shabbos also has an emotional dimension – in terms of the bonding between parents and children, between friends, within families and communities. And of course Shabbos has a physical dimension – we walk to synagogue, we eat delicious food, there is even a special mitzvah to sleep.”

That the mitzvah of Shabbos has the power to transform the Jewish world – to revolutionize Klal Yisrael – can be derived from the words of Chazal.

“The Gemora (Shabbos 118a) boldly asserts that if Klal Yisrael were to keep two Shabbosos, they would be immediately redeemed. HaRav Chaim Kanievsky shlita brought up this gemora when I met with him a few months back. HaRav Shmuel Kamenetsky shlita, HaRav Aharon Leib Shteinman shlita and HaRav Aharon Feldman shlita were also extremely excited when I told them about the Shabbos Project, and were particularly thrilled to hear of the incredible response we’ve been getting from all manner of Jews around the world.”

Key to the success of The Shabbos Project will be for shomrei-Shabbos communities across all hashkafos to put aside any superficial differences, embrace one another and pour their collective efforts into making it work. This is about uniting for the sake of Klal Yisrael.

“The concept of holding a global Shabbos Project for all of Klal Yisrael can create a tremendous achdus which can be very inspiring for those who are already shomer-Shabbos, and for those who are not. This is not just about the mitzvah of keeping Shabbat – it’s also about being part of Klal Yisrael. We can all draw inspiration from one another and maximize the Kiddush Hashem.”

The message is a particularly timely one.

“At this moment in time, in the aftermath of the Gaza War – and the pressures Jews everywhere have felt in its wake – the international Shabbos Project provides us with a unique, historic opportunity to give birth to a new sense of Jewish unity and Jewish identity. As Jews around the world, we will be doing this together. The power of that shared experience is unimaginable.”

Ultimately, says Rabbi Goldstein, through the transformational mitzvah of Shabbat, The Shabbos Project has the potential to elevate and unite Jews all across the world.

“Let us join hands for Shabbos Parshas Noach and keep one global Shabbos together. By doing so, we can recharge our communities with an electric energy, excitement and enthusiasm, the likes of which has never been seen before. We can change Klal Yisrael forever.”