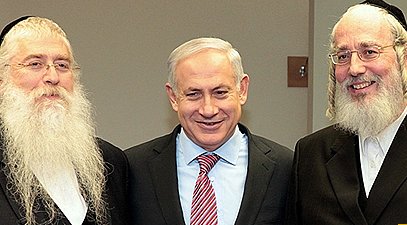 Bayit Yehudi faction leader MK Ayelet Shaked told Arutz-7 on Tuesday 21 Elul that most coalition members are opposed to the Zero VAT Bill sponsored by Yesh Atid leader Finance Minister Yair Lapid. She explains that despite Lapid’s optimistic predictions, the bill would result in the loss of significant revenue and it will not lower housing prices as he says will occur.

Shaked explained Prime Minister Binyamin Netanyahu is not just delaying that bill from moving ahead but he wants to redo budget for next year.

Shaked added that the parties in the coalition are uninterested in early elections, even her party which the polls show will gain significantly if elections were held today. Party leader Economy Minister Naftali Bennett in a media interview this week explained that the party is aware of the cost to the nation that is associated with early elections and he and his colleagues will work to prevent such an occurrence.

Shaked explained one does not drag an entire country to elections to gain additional seats. She added another reason however, the possibility that new elections may pave the way for the formation of a left-wing government.