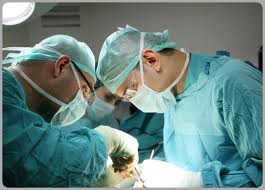 According to the Ministry of Health, since Israel decided to being treating wounded Syrians from the ongoing civil war in that country, it has spent 32,487,415 shekels. The information was released as part of a report addressing the expenses of four northern hospitals that have been treating the wounded.

It is reported the wounded are first seen and treated in an IDF field hospital and there the decision is made regarding continued hospitalization in an Israeli hospital.

Despite the sum and the critical fiscal situation in government hospitals, IDF and ministry officials feel the treatment of Syrian wounded is viewed as being of the highest humanitarian nature. To date 1,200 Syrians have been treated in Israeli hospitals.