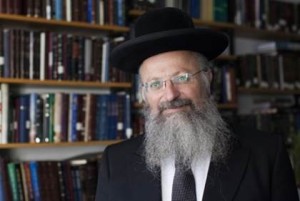 He was referring to statements released by Livni calling on voters not to cast a ballot for Rabbi Eliyahu, who she views as being too racist and extreme to become the next Chief Sephardi Rabbi of Yerushalayim. Rabbi Eliyahu hopes that since most voters are not of the same hashkafa as Livni, her words will have a boomerang effect and bring him additional votes.

When asked about the race for Jerusalem Chief Ashkenazi Rabbi, Rabbi Eliyahu stated “I am not involved in that race although I studied in yeshiva with Rabbi Stern, whom I admire and respect”.

Rabbi Eliyahu adds he was raised and educated in Yerushalayim and is quite familiar with the city. He states that “Everything we accomplished in Tzfas we would like to see in Yerushalayim too”. This he added includes kashrus, kiruv, and working hard to mend fences between the religious and non-religious communities.

Is the rav certain regarding a victory?

I am not certain regarding anything. I believe and rely on HKBH and we continue davening and working. If people keep their word and are true to their promises, I will be the next chief rabbi. Not looking to boast but at present the picture is an optimistic one.