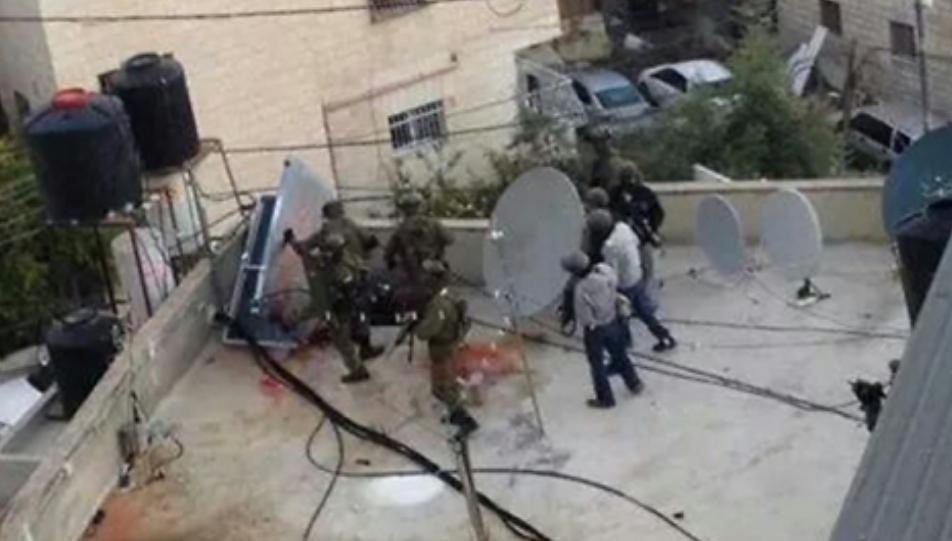 06:30 IL: There are reports of a shooting incident with injuries in eastern Yerushalayim, in the Silwan area. A police chopper is overhead.

Neighbors in the Arab area are on rooftops shouting “Allah Akbar”. More details to follow.

07:09: Shooting reported earlier appears related to Arab violence in that area of the capital. Unconfirmed reports state one person has been killed in the violence. Police troops and Special Forces are moving into the eastern areas of the capital, which remains tense following last night attempted assassination of Har Habayis activist Rabbi Yehuda Glick. Glick remains in very serious/unstable condition in Shaare Zedek Medical Center.

Police this morning announce Har Habayis is closed to all; Muslims and non-Muslims alike.

07:25: It is now being confirmed that the shooting earlier was the result of police operating in Silwan in search for the terrorist who attempted to assassinate Rabbi Yehuda Glick outside the Menachem Begin Heritage Center last night. The person reportedly killed was an Islamic Jihad terrorist suspected of being the shooter. A large police force continues operating in Silwan at this time.

A large number of police are outside Har Habayis to prevent anyone from entering as the holy site is closed to all this morning.

07:30: Police have stepped up the department’s operational level nationwide due to the recent events.

07:39: The terrorist who is believed to have been the man who attempted to assassinate Har Habayis activist Rabbi Yehudi Glick was shot dead by police commando forces operating in the Silwan area of the eastern capital. A large police force continues operating in that area at this time.

07:42: The dead terrorist was reportedly a 32-year-old resident of Abu Tur who was imprisoned in Israel in the past. He is identified as Mutaz Hijazi YS”VZ, who spend 11 years in Israeli prison.

08:44: Police are now reporting that they have recovered the motorcycle and the weapon believed used to fire at Rabbi Glick in the Wednesday night attempted assassination. Police add that a second terrorist who assisted the shooter is in custody. He too was imprisoned in Israel for his terrorist activities in the past.