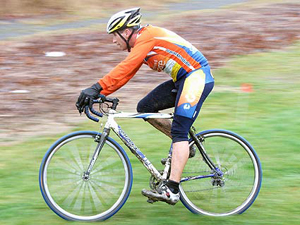 As part of the continuing Vision Zero effort to improve safety for everyone on city streets and reduce injuries, Council Member Mark Treyger introduced legislation at today’s City Council Stated meeting to prohibit the use of handheld phones and other electronic devices while riding a bicycle in New York City. Council Member Treyger was joined this morning on the steps of City Hall by Transportation Committee Chairman Ydanis Rodriguez, Council Member Carlos Menchaca, Council Member Vincent Gentile and representatives from cycling advocacy group Bike New York to announce the proposed legislation, which also includes the creation of bike safety courses instead of fines for certain offenses.

This proposal is the least punitive of similar laws already passed in Chicago and Flagstaff, Arizona and under consideration in California. Council Member Treyger’s legislation would simply extend the current restrictions on phone use already in place for motorists to also cover cyclists. In addition to the ban on the use of handheld electronics use while cycling, Council Member Treyger also introduced companion legislation to authorize and create a bike safety course that could be taken in lieu of fines for some first offenses.

This proposal comes at a time when the city is taking steps to drastically reduce the number of injuries and deaths that occur on city streets as bicycle-related accidents are on the rise. The bill specifically prohibits the use of any handheld devices including cell phones, tablets or other electronics to make calls, send texts or to search the Internet. The use of voice-activated and hands-free devices would still be permitted and would not be impacted by this law. Fines for first offenses would start at $50, but cyclists would have the option of completing the bike safety course for offenses that do not include injuries or property damage. As a result, this legislation would also set a precedent for future laws in New York City by creating a two-tier fine structure that includes lower penalties for cyclists than drivers for committing the same violation.

Council Member Treyger was prompted to introduce this legislation after witnessing a cyclist swerve into oncoming traffic along busy Stillwell Avenue in Gravesend, nearly causing a serious multi-vehicle accident. He subsequently learned that there is currently no prohibition against handheld phone use while cycling in New York City, or specific data noting whether cyclists involved in collisions were distracted by factors such as cell phone use.

At today’s press conference, Council Member Treyger made it clear that he recognizes that motorists have the largest responsibility to play when it comes to safer streets, and noted that he has voted in favor of every measure targeting reckless and dangerous driving, including legislation to lower the city’s default speed limit. However, he is concerned by data showing a recent rise in the number of crashes involving cyclists, with the injuries from crashes involving pedestrians and bicycles (with no motor vehicle involvement) increasing from a total of 277 in 2012 to 343 in 2013. In addition, crashes only involving single or multiple bicyclists (no automobiles or pedestrians involved) increased from 294 to 360 over that time.

“We have made great progress in making our streets safer, but if we are truly serious about reaching the goal of eliminating all traffic deaths, we must recognize that everyone has a role in this effort. I agree that drivers have the biggest responsibility, but the city also has an obligation to promote safe cycling and to take steps to eliminate all forms of distracted driving and riding. After watching a cyclist swerve into traffic while texting and riding along Stillwell Avenue, I felt it was important for the city to address this irresponsible behavior. I want to be clear that the only intention is safety, which is why I am also proposing the creation of bicycle safety courses instead of fines for some first offenses. The ultimate goal is to reduce all injuries and deaths, and this legislation will help make our streets safer for everyone,” said Council Member Treyger.

“This legislation is about making sure that every New Yorker knows they must have safety at the forefront of their minds. Bikers and pedestrians alike must be alert and aware when navigating our roadways because only then can we achieve Vision Zero. I praise the leadership of Councilman Treyger in identifying and helping shut this loophole in our current laws,” said Council Member Rodriguez, Chairman of the Council’s Transportation Committee.

“We are all partners in keeping our streets safe and I always welcome new ideas to improve street safety. No matter what you’re driving, distracted driving is unsafe and irresponsible. In a split second, the consequences can be devastating. It’s common sense, when you’re driving you should be focused on getting from point A to point B not reading or receiving text messages – especially if you’re on a bike trying to navigate New York City traffic,” said Deputy Leader Council Member Gentile.

“Making our streets safer is everyone’s responsibility—including cyclists. What cyclists do makes a big difference for our own safety, for the safety of other people, and for public perceptions about the safety and courtesy of cyclists. Skilled, knowledgeable cyclists ride with awareness and alertness, and send a message that they care not only about their own safety, but the safety of others. Councilman Treyger’s bill is not an onerous imposition on cyclists. It asks cyclists to make a simple, obvious contribution to Vision Zero. But it does put New York City law in a position to ask that cyclists use best practices to be ready for the sudden and unpredictable,” said Rich Conroy, Director of Education at Bike New York.

“The safety of New York City streets requires a conscious effort by pedestrians, motorists, and bicyclists to act responsibly and not endanger the lives of others. The proposed legislation by my colleague, Council Member Treyger, will increase accountability and public safety through education.” said Council Member Laurie A. Cumbo.

“All pedestrians, cyclists and drivers must navigate the city responsibly so we can all be safe. These common-sense rules will improve the safety of our streets. I commend Council Member Treyger for introducing this important legislation,” said Council Member Ben Kallos.