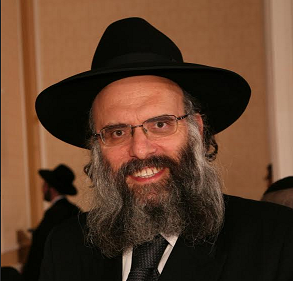 The world is reeling from the tragic slaughter of the four kedoshay elyon who were brutally slaughtered by bnay avloh while they were standing in front of HaKodosh Baruch Hu in tefillah. Someone who is killed because he is a Jew is a kodosh who dies al Kiddush HaShem. The gemoroh tells us that this is all the more so if he lived his life al Kiddush HaShem.

Among the kedoshay elyon, Rabbi Moshe Twersky was a gadol baTorah and a tzaddik in all ways. For the past twenty two years he was marbitz Torah in Yeshivas Toras Moshe in Yerushalayim. He raised countless talmidim in Torah and Yiras shomayim to very great heights. His talmidim are all over the world. They idolized him for they saw in him the true embodiment of all of the ideals of the Torah.

He was a descendant of two great dynasties – the dynasty of Chernobyl-Talner and the dynasty of Brisk. The intellectual brilliance and command of Torah that signified Brisk was natural and automatic to him. He toiled in Torah until late in the night. He knew major parts of Shas by heart and the rest was at his fingertips. Every one of his talmidim felt his love and he treated them as his own sons. His sons were his talmidim and his talmidim were his sons. He was a unique person in that he was just as scrupulous in chumros in bain odom lechaveiro as he was in bain odom laMakom. The avodah of chassidus burned deeply in him and he sought out gedolay ha-avodah to inspire him and learn the intricacies of avodah. This is what brought him to master kabbalah as well – something unique to someone so steeped in the traditions of Brisk.

The hespedim emphasized time and again his deep purity of soul that dominated his life. He was a talmid of his grandfather, Rav Yosef Dov Soloveichik, zatzal, Rav Dovid Soloveichik, shlita,and in kabbalah, Rav Yisroel Eliyahu Weintraub, zatzal. They all saw in him their true talmid, for whom they had an awed respect.

Klal Yisroel has suffered a great loss with the departure of a future gadol whose shlaimus in Torah, avodah and gemilus chasodim was recognized by everyone who came within his presence. Gedolim are few and far between and when a future gadol departs from us before he has reached his prime the loss cannot be repaired. Mi yitain lanu temuroso.