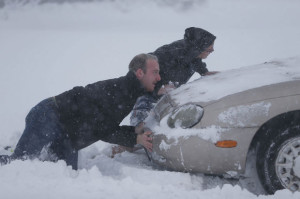 Road closures and travel bans remain in place in western New York as the region deals with another round of lake-effect snow on top of the nearly 6 feet that’s already on the ground in some places.

During a news conference with Gov. Andrew Cuomo in Cheektowaga Thursday morning, state Department of Transportation Commissioner Joan McDonald said a 132-mile stretch of the Thruway remains closed for a third day between the Rochester area and the Pennsylvania border.

She says other major highways such as Routes 219 and 400 will remain closed until the weather clears, which isn’t expected to happen until Friday.

Officials are urging the public to stay off the roads in the Buffalo area.

Travel bans remain in effect in some two dozen municipalities in neighboring Erie and Genesee counties.