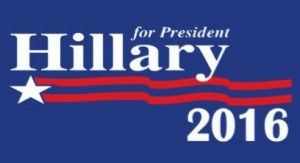 Ready for Hillary, a Democratic super PAC unaffiliated with the former secretary of state, is convening a daylong meeting of Clinton insiders on Friday for strategy sessions aimed at helping elect Clinton if she runs. The closed-door planning session about two weeks after Democrats’ dismal midterm election performance comes as Clinton, the party’s leading presidential contender, considers whether she will seek the presidency again in 2016.

Ready for Hillary will join leaders of Democratic groups Priorities USA Action, American Bridge 21st Century and Correct the Record to review the 2014 elections and prepare for next year. In some cases, the groups will be wrapping up their efforts while others are beginning to ramp up.

“Everyone has a lane,” said former Michigan Gov. Jennifer Granholm, the co-chair of Priorities USA Action and an adviser to Ready for Hillary. “We are going to work together and seamlessly so there’s no infighting.”

Ready for Hillary, which was founded in 2013, has signed up more than 1.5 million people promising to help Clinton if she runs and has raised more than $10 million to harness a grassroots community of volunteers for Clinton. The group expects to fold if Clinton launches her presidential campaign and then transfer its data and list of supporters to the former first lady’s campaign.

Priorities USA Action, a Democratic super PAC that raised $70 million in 2012 to air tough ads targeting Republican Mitt Romney, has maintained a low profile this year but is reconnecting with donors to prepare for next year. Correct the Record, a rapid-response media organization that has defended Clinton in her post-State Department period, expects to continue as a part of research arm American Bridge.

The gathering is not authorized by Clinton, who will be speaking at an event in New York on Friday promoting the use of cook stoves in developing nations. But it will feature plenty of Democrats who have worked with her and her husband, former President Bill Clinton: ex-White House adviser Harold Ickes; Clinton campaign strategists James Carville and Paul Begala; Jonathan Mantz, who served as Hillary Clinton’s national finance director; and Karen Finney, a former Hillary Clinton campaign aide.

Donors will also hear from Democratic strategists who could play senior roles in a future Clinton campaign, including Guy Cecil, the executive director of the Senate Democrats’ campaign arm and a former Hillary Clinton campaign aide; Stephanie Schriock, the president of EMILY’s List; Ace Smith, a California-based Democratic strategist who directed Hillary Clinton’s 2008 primary campaigns in three states; and Mitch Stewart, a former Obama campaign aide who has advised Ready for Hillary.