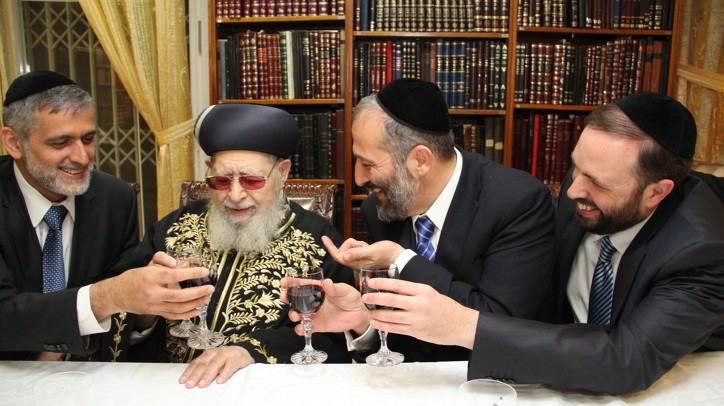 Rav Mazuz stands firmly behind Eli Yishai and tried to reach agreement with Rav Ba’adani, a member of the Sephardi party’s Moetzas Gedolei Yisrael and supporter of the Deri camp. After it was realized the two sides have reached an impasse, Yishai decided he must continue his political life outside of the Shas family.

Yishai is expected to hold a press conference on Monday afternoon to make the official announcement that he is breaking away from Shas. There is much speculation surrounding Yishai’s future. Some reports state he is retiring from politics but most do not agree with this assessment.

It is believed Yishai wishes to launch the “Maran” party over objections from Shas and possibly team up with the head of the Tekuma faction of the Bayit Yehudi party Housing Minister Uri Ariel and with Bayit Yehudi MK Yoni Chetboun, who told party leaders he cannot continue in the framework of the dati leumi party which lacks daas Torah.

Shas has already signaled if Yishai tries to form the Maran party it will file objections with the Central Election Committee over use of the name “Maran”.