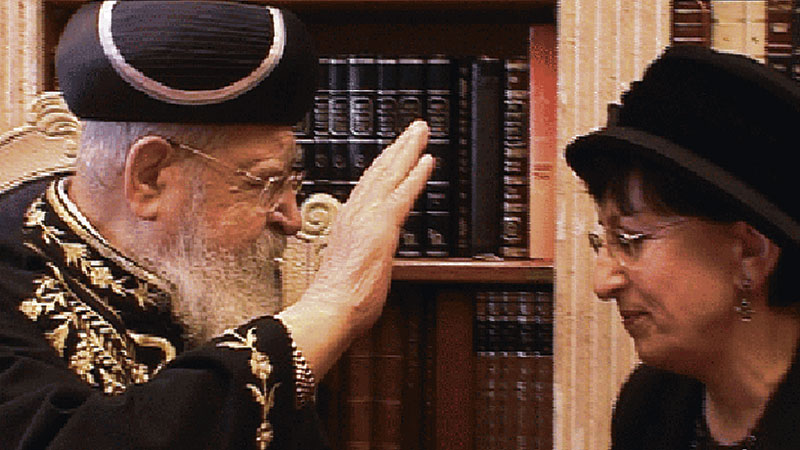 Mrs. Adina Bar-Shalom, daughter of Maran HaGaon HaRav Ovadia Yosef ZT”L, has announced she will not run for Knesset as many speculated she would.

Bar-Shalom, who founded the Chareidi College and is a recipient of the prestigious Israel Prize, has been an outspoken advocate for advancing the agenda of women in the chareidi community. Bar-Shalom on Sunday evening 22 Kislev made her announcement at a press conference together with Shas party leader Aryeh Deri. She said she was not going to run for any position in the upcoming elections for the 20th Knesset and that she will be remaining in the Shas network. During the past months her name was among those rumored to be thinking of joining with Moshe Kahlon’s new Kulanu party.

She explained “It is no secret that in recent months I was approached by a number of parties to enter the political arena but for now I have decided to remain in Abba’s ZT”L political home, the one he established towards exerting influence from the inside”.

Bar-Shalom and Mrs. Yaffa Deri will establish the Shas Moetzas Noshim and they will advise the MKs from that position rather than seek a public position in Knesset. The new women’s council explains Mrs. Bar-Shalom will address issues to advance women. She explained the importance of continuing in the framework of the party established by her father and for now, she will seek to advance women’s interests from this forum.

Deri used the forum to publically thank Bar-Shalom for her decision.

Deputy Minister of Transportation (Likud) Tzipi Hotevely responded, telling the media “The fact that Mrs. Bar-Shalom has decided not to run for Knesset and to remain a voice in the background is another sign that Shas is an irrelevant party. A party that does not permit representation of women despite women, ignoring the fact they comprise half of the population, can no longer be the voice of Sephardi Jewry”.