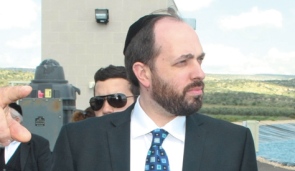 A former member of the Shas top three leadership team, Ariel Atias, who recently left Knesset “to take a break” announces he is not planning his return in the 20th Knesset. However this does not prevent him to launching a campaign against Eli Yishai for leaving the party and launching a new political party.

Atias told Ladaat that while he does not plan to return, he does plan to do all that he can to assist Shas, questioning how Eli Yishai can permit himself to start his own party in the name of Maran, meaning Maran HaGaon HaRav Ovadia Yosef ZT”L.

Atias did not make an effort to hold back, asking rhetorically “How can he permit himself to do such a thing, and in the name of Maran no less? Where does he get the courage for such an act, to go against the legacy of Maran?”

Atias, a former housing minister, explained that currently he is working in real estate.