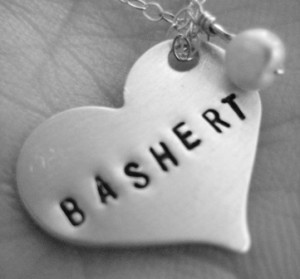 “I hope you don’t mind, but the boy’s mother would like to see a picture of your daughter.”

“Look, kn’ayin horah, my son is a big masmid and he values his time. I know what he is looking for and I need to see a picture. Of course my husband and son will not look at the picture – it is just for me.”

“Sorry, no matter how pretty you say the girl is, I need to see a picture before my son dates her. Period.”

Of late, the statements appearing above have been more and more common in the complex world of shidduchim. Mothers have taken on a more pro-active role, not only in approving of the girl that her son will be dating, but in actually pre-approving the potential daughter-in-law’s physical appearance.

The question is what is the Torah perspective on this new trend?

Rav Avrohom Meisels in his “Der Oitzer fun Nissuin” cites a fascinating precedent regarding the Chebiner Rav, Rav Dov Berish Veidenfeld zt”l. A shadchan approached him with a shidduch for his daughter with a young man from a distant town, but mentioned that the other side wanted a picture of the Chebiner Rav’s daughter. The Chebiner Rav responded in writing to the shadchan with a message to the other side, “Lo y’aseh kain bimkomeinu, lasais haTzurah lifnei haBechira.. – This shall not be done in our place, to give the Tzurah [the appearance of the girl – i.e. a photograph = pronounced BTW in the Chasidish havarah as Tzirah] before the Bechira – (Chassidish pronounciation for Bachura) the young lady.” The Chebiner devised a clever play on words using Tzurah – photograph, instead of Tze’irah – younger one referencing Lavan’s response to Yaakov Avinu in Bereishis 29:26, however, he did respond with a very clear message: This is clearly not something that Jewish people should be doing and is very far from the Torah way of life.

Shlomo HaMelech tells us in Mishlei (31:30), “sheker hachein v’hevel hayofi – Charm is a lie and beauty is vain, rather the G-d-fearing woman is to be praised..” The Peleh Yoetz explains that Shlomo HaMelech is not saying that we should ignore all beauty – rather that the main criterion for marriage should be whether the woman has fear of Heaven. It is clear that a categorical demand to see a picture – perforce reveals that the person’s inner yardstick emphasizes shallow appearances over all else. The attractiveness of the young lady can be ascertained by asking around rather than by demanding to see a picture.

Rav Yaakov Galinsky zt”l once asked a question regarding Tu b’Av. Tu B’Av is when the daughters of Yerushalayim all gathered in borrowed white clothing to find shidduchim and recited the pasuk of “sheker haChein” to the gathering men. Rav Galinsky zatzal asked, “How was it that this event was so successful in finding shidduchim for so many people? Shidduchim, in general, takes such a long time!”

Rav Galinsky answered that the purpose of each girl wearing borrowed white clothing was to demonstrate that beauty in charm is all vanity and deceit and unimportant – rather, the true essence of happiness in marriage is fear of Heaven. That is why they refused to adorn themselves in fancy clothing and attire. When people are self-absorbed in themselves, as in the overemphasis on looks and appearances, then shidduchim are slower and more difficult. However, explained Rav Galisnky zt”l, when people do have the proper values and emphasis, shidduchim happen almost instantaneously, like in the Tu B’Av of old.

Rav Galinsky’s point can possibly be seen in a growing counter-trend. More and more people are saying, “No” to a young man whose mother is so insistent on a picture. “It’s not that I minded sending a picture,” remarked one father of a Five Towns area girl, “but why should my daughter be subjected to such a shallow or over-bearing mother-in-law?”

Poskim in the Chassidish world are more adamant as to the prohibition involved in a man looking at a picture of a woman. Rav Yisroel Harpenes of Hisachdus HaRabbonim, in his sefer Yisroel Kedoshim (p. 125) writes that even when the woman is dressed in a completely modest fashion, the idea of a man gazing at a picture is entirely against halacha. While there is no prohibition in only a woman looking at such a picture, we would be deceiving ourselves if we did not agree that it is likely that the picture would get into the hands of the young man.

Notwithstanding the stringent view, the issue is subject to much halachic debate. Certainly, Jewish law, Halacha, singles out “ogling” as an out and out prohibition. Rabbeinu Yonah (Shaarei Teshuva 1:6 and 8) defines it as a full blown biblical prohibition. His position as explained by the Bais Shmuel (Even HoEzer 21:2) is that it violates the verse, “Do not go after your hearts and eyes.”

Maimonides also forbids it, but whether it is a biblical or Rabbinic prohibition is subject to debate. The Bais Shmuel and the Pnei Yehoshua (Even HoEzer Vol. II #44) both understand that the Rambam rules that it is forbidden only by Rabbinic decree. Rav Moshe Feinstein zt”l (Igros Moshe EH Vol. IV #60) rules that the Rambam’s view is that it is forbidden by Biblical decree just like the Rabbeinu Yonah position.

The Talmud (Avodah Zarah 20a and b) is one of the primary sources that discusses the prohibition. Since the close of the Talmud, halachic decisors have grappled as to the exact parameters of “Ogling.”

The exact term that the Talmud employs in its discussion is “Histaklus.” The question is do we define” histaklus” as a] looking, b] staring, or c] ogling? Also, is there a debate about the term in the actual halachic sources?

The Sefer Chasidim (#99) discusses the parameters of “Histaklus” and says that Histaklus is more than just looking. It is looking intentionally for a long time and contemplating who she looks like or is equal to in appearance. Rav Chaim Palagi in Re’eh Chaim (p. 13c) defines it in this manner as well.

On the other hand, regarding other issues, the SMA (Choshen Mishpat 154:14) writes that the term “Histaklus” can, in fact, mean mere looking. The Chida, and a few other Poskim a well, rule in accordance with this view.

THE PASSAGE IN THE TALMUD

The aforementioned passage in the Talmud states that it is forbidden to “stare” at an attractive woman, even if she is single. If she is a married woman, it is forbidden to stare at her even if she is ugly. The Talmud then asks how it could be that Rabbi Shimon Ben Gamliel, while once entering the Temple mount, recited a verse in Tehillim when he saw an attractive woman. The Talmud answers that it must have been that he ran into her while turning a corner and thus did not notice that he was about to meet up with her.

It is noted that the Talmud’s response is that Rabbi Shimon Ben Gamliel met her after turning a corner. The Talmud did not answer that Rabbi Shimon Ben Gamliel merely did not have intent to derive pleasure from seeing her, or that he was just “looking” but not “staring.” The implication is that there may indeed exist some sort of prohibition of “looking” even if one is not deriving pleasure.

One may also ask if the same prohibition would apply in a photograph as in live. The Poskim do deal with viewing it through a mirror or other medium. Rav Palaji (in Responsa Shma Avrohom #46 cited by Rav Ovadiah Yoseph in Yechave Daas 4:7) rules that it does. Rav Yoseph Chaim Zonnenfeld is cited as someone who is more lenient and differentiates between a picture and a live person if there is no chance that it could bring one to improper thoughts.

This would seem to contradict the simple implication of the paragraph in Avodah Zarah 20b. It seems from this passage in Shulchan Aruch that there is no issue of looking at women – as long as they are not in a state of compromised dress.

How then would Rabbi Karo, the author of the Shulchan Aruch, explain our Gemorah? It must be that the Talmud felt that Rabbi Shimon Ben Gamliel’s recitation of the verse in Tehillim implied that it was a “deeper looking” than mere regular looking. The Gemorah could not answer that he was not benefitting from seeing her, because he saw fit to recite the laudatory verse from Tehillim, “Mah Rabu Maasecha,Hashem – How wondrous are your works.” [See Igros Moshe OC I #40].

THE REASON FOR THE PROHIBITION

There seem to be two reasons cited as to why the prohibition of Histaklus exists. One is that it may lead to illicit and improper thoughts. This reason is actually stated in the Mishna Torah of Maimonides. Another reason found in the Poskim is that the mere deriving of pleasure in viewing someone who is not one’s wife is wrong.

Many of the Chassidisha Poskim rule that when young men look at a picture to see whether the young lady is attractive, it is more likely that the look will be deeper than the regular looking that would occur during a live date.

Another rationale as to why the asking to see a picture should be stopped is that it demeans and cheapens the young lady under discussion. Each human being was created in the Divine Image, and to debase a Bas Yisroel in such a fashion runs counter to many fundamental yesodos in Yiddishkeit.

What do contemporary Poskim say about this practice of asking for pictures?

Rav Dovid Feinstein shlita, was not happy when he heard of this growing practice and responded, “Why are we making things more difficult? There is a certain chein that young ladies have that often does not come across in a photograph, and can only be seen in person. We are making the shidduch crisis worse with these new requirements.” He did not forbid it from a halachic perspective, but he was clearly very much against it.

Rav Moshe Heinemann, Shlita of Baltimore, when consulted by this author on the question, responded, “I do not think that it is within the framework of tznius for a girl to give a picture out where others can possibly see it. This is not with the ruach of Torah.” Rav Shmuel Fuerst, a Dayan in Chicago stated, “This wasn’t the mehalech for doros, and I think it is lacking in tznius. I don’t think it is a proper hanhagah and, besides, a picture can be very deceiving.”