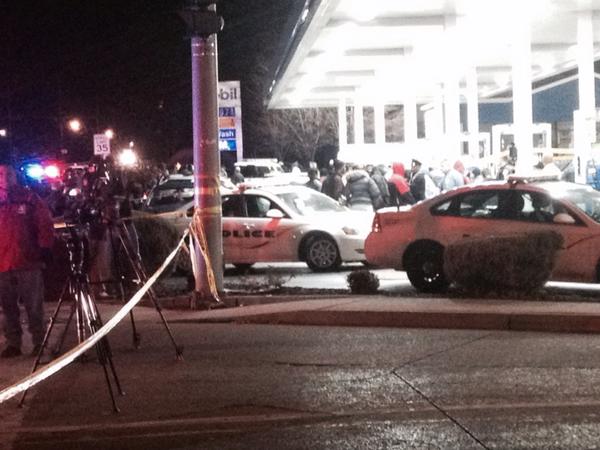 The attorney for a suburban St. Louis police officer who shot and killed an 18-year-old says his client is lucky to be alive.

The Berkeley, Missouri, officer, whose name has not been released, fatally shot Antonio Martin late Tuesday. Police say surveillance video shows Martin pointing a gun at the officer, who was questioning him about a theft at a convenience store.

Attorney Brian Millikan says the officer is shaken, but is absolutely certain he had no choice but to use lethal force.

The shooting, the fourth in the region since August involving a white officer who killed a young black man, led to a violent protest.