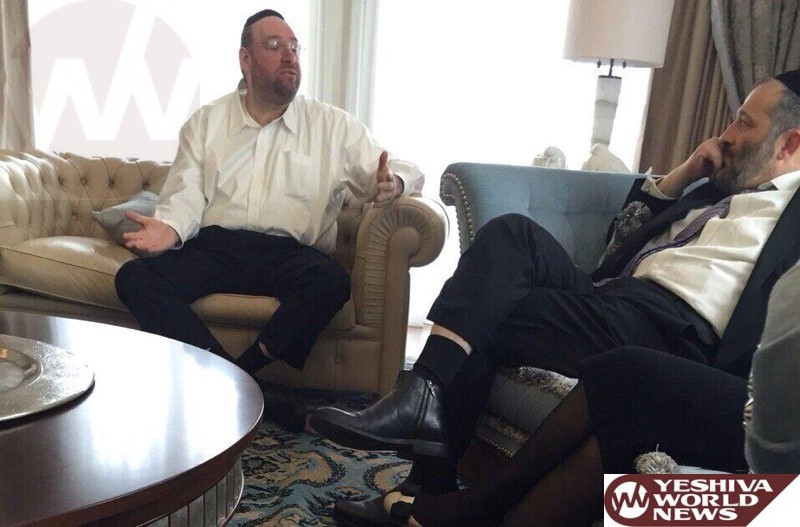 The Charedi media in Eretz Yisrael has been reporting that philanthropist Shlomo Yehuda Rechnitz arrived earlier this week with a small entourage of close associates to negotiate Achdus in the Charedi political camp.

YWN – ISRAEL has been monitoring the visit and the events that let up to it, and is now able to share the facts with the Tzibbur at large.

As the Oilam Hayeshivos eagerly await the outcome of the future elections, the Chareidim understand the importance of their own parties accumulating the most possible seats in the new upcoming Government. The recent sudden resignation of Aryeh Deri dealt a big blow to the Chareidi Shas party. If Shas’s numbers were to greatly diminish R’L, the ramifications to the Oilam Hatorah would be devastating. This comes on the heels of the outgoing 19th Government and its harsh Gezeiros against Yeshivos and Kollelim throughout Eretz Yisrael.

Realizing this, and out of great concern, the Novominsker Rebbe SHLITA, Yoshev Rosh of Agudas Yisroel of America, as well as various other Gedolim asked Shlomo Yehuda Rechnitz to go to Eretz Yisrael to intercede and convince Aryeh Deri to return to Shas to restrengthen them.

The Novominsker’s request was followed by a letter and phone call to Shlomo Yehuda from HaGaon HaRav Shmuel Kaminetzsky Shlita, a member of the Moetzas Gedolei Yisrael in the USA and Rosh Yeshiva of Philadelphia. 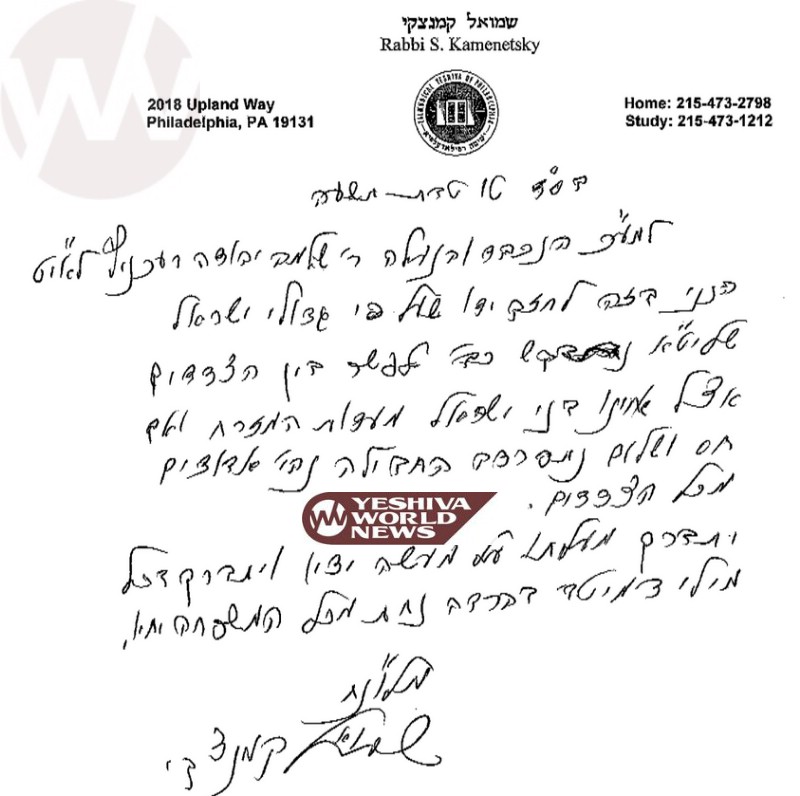 Shlomo Yehuda complied, on the condition that he receive permission from Hagaon Harav Aron Leib Shteinman Shlita, which he received that evening. He was hesitant as to what he could accomplish, since he told the gedolim that even though he supports Sefardi Mosdos in the U.S. and Eretz Yisrael, he has never met with Deri, had no connection to him and was never involved with the Shas party.

Undeterred and armed with Berachos from the Roshei Yeshiva, Rechnitz arranged for close associates Zvi Weinreb, Moshe Mendlowitz, Duvy Blonder and Yisroel Friedman to accompany him on this important Shlichus.

Shlomo Yehuda first headed to Bnei Brak where he met with Maran HaGaon HaRav Aaron Yehuda Leib Shteinman Shlita for two hours, seeking the gadol hador’s advice in tackling a problem that Shas Rabbonim seem to have been unsuccessful in solving.

The necessary calls were made and Aryeh Deri agreed to come to meet with Mr. Rechnitz in his hotel. This alone was no small feat, as since announcing his resignation as Shas leader, Deri has refused to meet with anyone or speak to the media. Accompanied by his wife Mrs. Yafeh Deri, they met with Rechnitz and his associates for a short period to get comfortable with each other. Then Mrs. Deri and the Rechnitz team exited the room, and Shlomo Yehuda and Aryeh Deri sat with one another and hammered out the issues for three hours.

It should be pointed out that in addition to Rav Shteinman, Rechnitz has met with other gedolim in Eretz Yisrael as he strives to complete his mission and bring back a successful report to the gedolim shlita in the United States.

Following that first meeting, Rechnitz and Deri met again on Wednesday, 16 Teves, once again for three hours at the home of Aryeh Deri. Sources tell YWN that Rechnitz literally debated and pleaded with Deri to make the correct and necessary moves to save the chareidi tzibur in Eretz Yisrael.

As he exited the room, Deri was quoted as saying “Even if nothing else comes of this, I acquired a great friend, yet someone I wouldn’t want sitting across the aisle”

We now eagerly await Deri’s response, which will undoubtedly have a profound impact on the role played by chareidi political parties in the 20th Knesset.

As a Bochur, Rechnitz 43 years old, learned in Mir Yerushalayim. In 1998, he incorporated TwinMed, LLC in Los Angeles with his twin brother, Yisroel Zev. Until today, they work and contribute Tzedaka together.