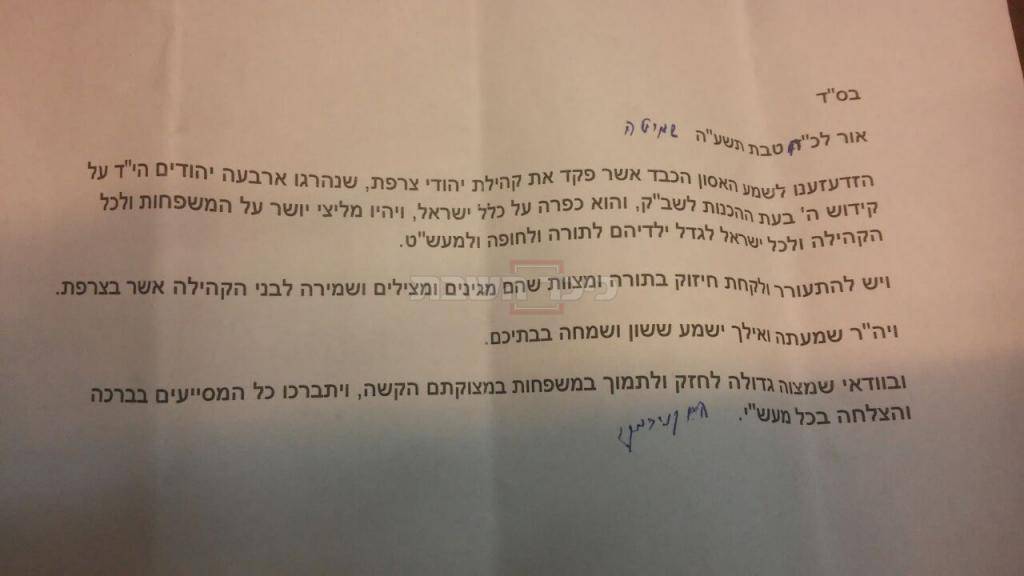 HaGaon HaRav Chaim Kanievsky Shlita sent a condolence letter to the families of the victims of the Paris Hyper Casher supermarket terrorist attack that claimed four lives. In his letter the Torah Giant writes “we were shocked by the tragedy, which is a kapora for Klal Yisrael”.

“We were shocked to hear of the tragedy that struck the French kehilla, that four Jewish HY”D were killed Al Kiddush Hashem as they shopped for Shabbos Kodesh. This is a kapora for Klall Yisrael” the Gadol Hador writes.

He continues that they should be a “meilitz yosher” for Klall Yisrael and that we should awaken in out observance to Torah and Mitzvos which ultimately protect and save us. He stresses the importance of the mitzvah to support and assist the bereaved families.