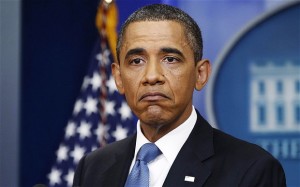 The White House has turned down efforts to arrange a meeting between President Barak Obama and Israel’s President Reuven Rivlin.

Tensions have been running high between Jerusalem and Washington surrounding a planned appearance before the House of Representatives in March.

While Rivlin was not scheduled to make a stopover in Washington, sources in the President’s Residence quoted in Israel say efforts were exerted to arrange a meeting between Mr. Rivlin and President Barak Obama, but the White House signaled such a meeting would take place at a later date. Had Mr. Obama agreed to the meeting, it would have been viewed as a slap in the face to the prime minister, who will not be meeting with Mr. Obama when he is in Washington.

Secretary of State John Kerry will also not be meeting with Mr. Netanyahu at that time. The senior officials explain the timing would be too close to Israeli elections and the meetings would be perceived as US interference in Israeli domestic affairs.