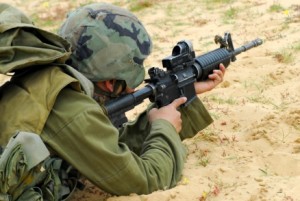 The concrete barriers that are a familiar site in areas of Yehuda and Shomron have been set up along some roads in northern Israel. The barriers are protection against sniper fire directed at motorists. Such barriers are seen along the Tunnel Highway heading to and from S. Jerusalem and Gush Etzion as well as along Highway 443 (Jerusalem-Modi’in) and other areas.

The heightened military presence in the north is beginning to negatively impact local tourism despite repeated statements from senior military and national leaders that northern residents should continue with life as usual.