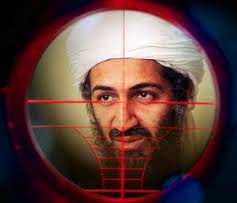 A top New York Police Department official who once worked as a TV news correspondent has testified at a terrorism trial about interviewing Osama bin Laden.

John Miller told a Manhattan jury he was required to meet another man accused of being an al-Qaida operative in London before he could interview bin Laden in 1998. He testified Khaled al-Fawwaz was involved in negotiating the ground rules for the ABC News interview at a terror network hideout in Afghanistan.

Al-Fawwaz has pleaded not guilty in a conspiracy resulting in two bombings at U.S. embassies in Kenya and Tanzania on Aug. 7, 1998. The bombings killed 224 people, including a dozen Americans.

Al-Fawwaz was extradited from Great Britain in 2012.