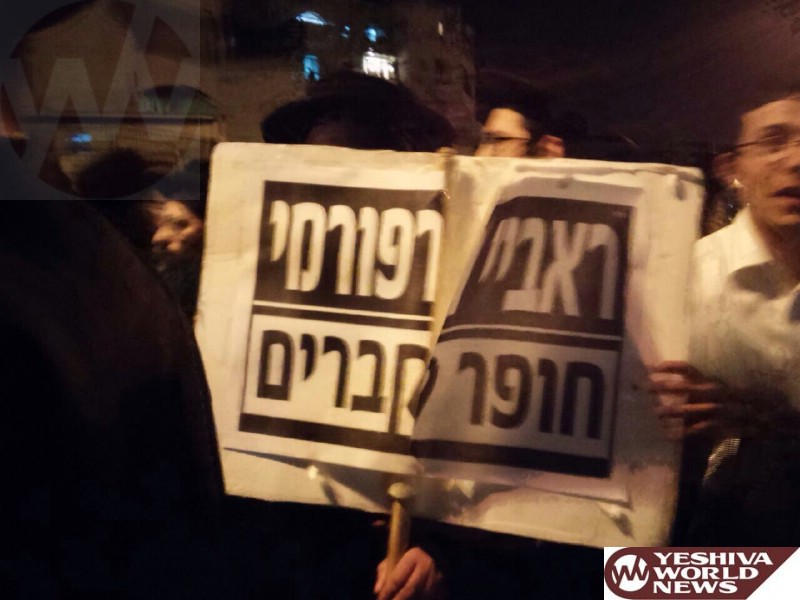 In their latest affront to Talmidei Chachamim, a group of sikrikim protested outside the home of Eida Chareidis Ravaad HaGaon HaRav Moshe Sternbuch Shlita. The protestors, 15 in number, spread fish oil near the entrance of the rav’s home and carried signs against him including one written in Hebrew saying “Reform Rabbi”.

The delinquents protested the rav’s psak halacha which permitted the continuation of a controversial housing project since the Gadol Hatorah ruled in his instructions are adhered to, kevarim are not being compromised. Eida Chareidis Gavaad HaGaon HaRav Yitzchok Tuvia Weiss Shlita is of an opposing opinion to the gavaad, which the sikrikim believe is license for them to deal as they wish with a Gadol BiYisroel.

The chareidi delinquents have targeted the gavaad and his family in the past with harassing phone calls, throwing trash and much worse at his home and even physically assaulting persons close to him. 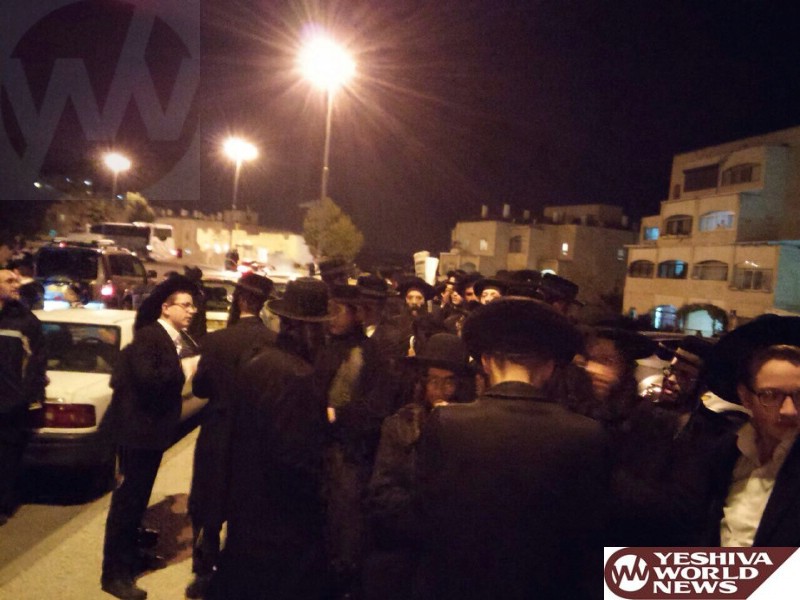 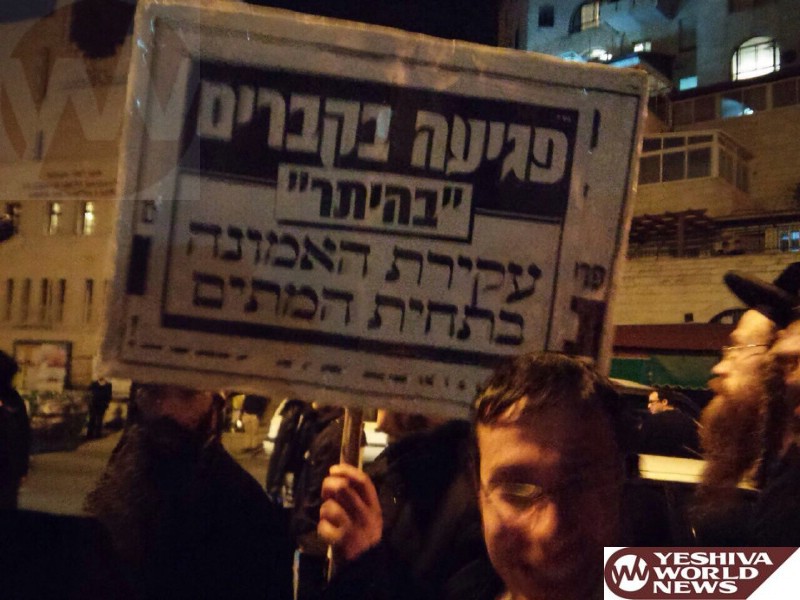