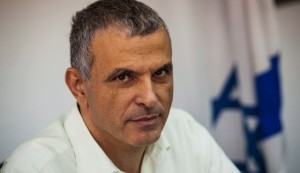 A Rishon L’tzion court has extended the remand of public relations professional Ronen Moshe, who was arrested in the ongoing Israel Police high-level government corruption investigation. Police believe he and others are involved in the bribery, corruption & money laundering that has already connected to dozens of suspects including former cabinet ministers and high-ranking civil servants.

Mr. Ronen Moshe was placed in the third position on the Kulanu party list headed by Moshe Kahlon.

Upon hearing of Ronen’s alleged involvement in the case, Kahlon announced he is off the party list. It is unclear if each person will move up or if Kahlon will replace Ronen with someone else.

Police arrested three other suspects along with Moshe including a former Cabinet Secretary.

WATCH: Obama Rips Into GOP For Aiming To “Rig Elections”