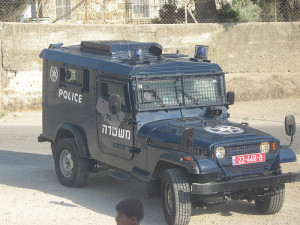 Three siblings were arrested while using unjustifiable violence against them on Sunday 12 Shevat as the IDF destroyed the Hebron district at a Kiryat Arba area outpost. Police were met with resistance and three brothers, ages 14, 12 and 9 were taken into custody.

Family members expressed outrage, thankful that someone managed to video some of the violence used against the unarmed children, adding they were also beaten. Paramedics who treated the brothers report there was also a fear that one may have sustained a fractured arm.

Those present report the 9-year-old was beaten and the 12-year-old may have sustained a fracture. Honenu attorneys are handling the case.