As documented on the frontpage of Sunday’s edition of the New York Post, a kosher meat cart vendor by the name of Yisroel Mordowitz and his employees were the subject of misconduct by four particular halal vendors. Yisroel Mordwotiz and the Holy Rollers Kosher food cart were first located in Queens where their top of the line meats spurred them into incredible popularity.

Last week, Yisroel and his partners moved to 48th and 6th avenue in the Rockefeller Center area of Manhattan; a prime location for food cart vendors. After being subject to the thuggish and intimidation-like tactics against him, he decided to take the high road. Instead of engaging in the fight, he stayed true to the name of his company and conducted himself in a “holy” way, especially knowing his conduct would be under the microscope of the press.

He has since moved his cart to 35th street & 9th avenue right outside of B&H. Yesterday was his first day there and well over a hundred of people stood in the bitter cold waiting for their hot meat sandwiches. There were dozens talking about the Post story saying they intend on supporting Yisroel and his establishment together with the entire community. It was a beautiful show of achdus, especially while many recognizing the cart’s name passed by and watched the spectacle for themselves in amazement.

Some even came from as far as New Jersey and Connecticut to show their support and lend their encouragement to Yisroel and his team. We are living in turbulent times presently, where there are real religious wars going on in the world. The incredible “Kiddush Hashem” Mr. Mordowitz made by not further inflaming tensions with this select group of halal vendors but instead pulling himself up by his bootstraps and relocating to his new location was amazing. With God’s help, yesterday the Holy Rollers Kosher food cart had its best day in the history since opening its cart years ago. If you’re hungry and anywhere near Manhattan, make sure to show your support by stopping by the first and only glatt kosher meat cart vendor in all of midtown Manhattan. 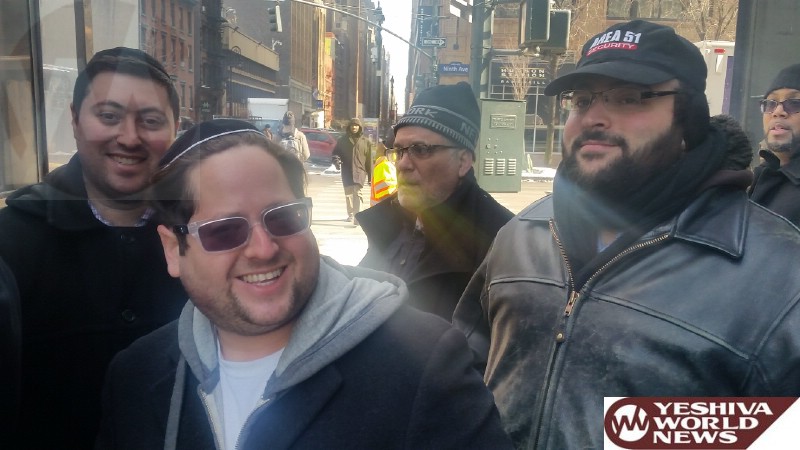 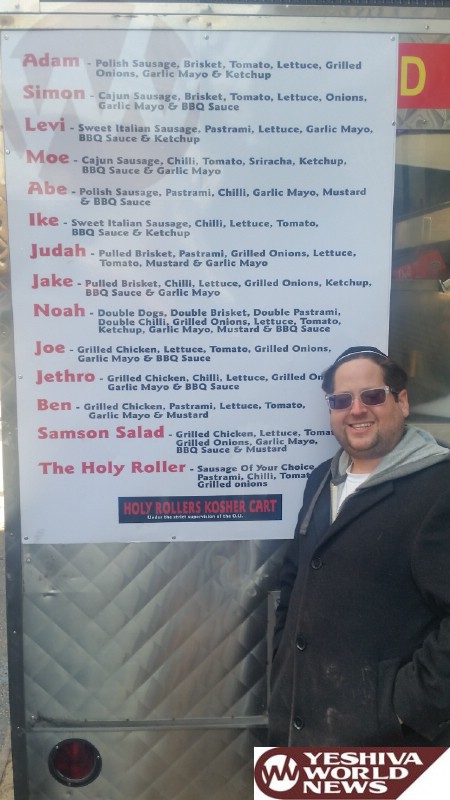