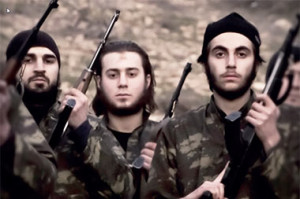 As the White House convenes the Countering Violent Extremism Summit, the Anti-Defamation League (ADL) today issued a new report exploring the impact the Islamic State of Iraq and Syria and other Islamic terrorist groups have on domestic security through the radicalization and recruitment of American citizens and residents.

ISIS’s increasingly sophisticated social media and recruitment strategies have not only attracted thousands of recruits around the world, but have also aided in the emergence of Syria and Iraq as the destinations of choice for this generation of extremists, according to the ADL report, “Homegrown Islamic Extremism in 2014: The Rise of ISIS & Sustained Online Recruitment.”

“As the nation and the world turn their attention to the Countering Violent Extremism Summit in Washington, D.C., we are pleased to see that the White House is taking the rapidly expanding threat posed by online terrorist recruitment seriously. The spreading influence of ISIS and related groups on social media is a most serious concern,” said Abraham H. Foxman, ADL National Director.

ADL’s report demonstrates the relatively broad appeal of this sophisticated propaganda machine, evidenced by the diversity of the individuals responding to terrorist recruitment efforts in the U S. The following are included among the ADL report’s main findings:

The ADL report provides examples of how anti-Semitism remains one of the fundamental components of terrorist propaganda online, often containing explicit calls for violence against distinctly Jewish targets around the world. ISIS, Al Qaeda Central, and Al Qaeda in the Arabian Peninsula (AQAP) all used anti-Semitic and anti-Israel sentiments in their propaganda, both as a means to advance their own missions and to rally recruits.

Oren Segal, Director of ADL’s Center on Extremism, said that, “A terrorist-free internet may not be possible, but understanding how terrorist networks exploit internet platforms and who is responding to such propaganda is the first step in mitigating the threat.”